William is a friendly happy boy. When he gets excited, he can forget his manners and pull fairly strong. He’ll get better as you work with him. He crates well.

At the time of his dental, it was noted that William has some gingivitis and gingival recession occurring around his teeth. Good dental care will be especially important for him.

William did well in cat testing but has never lived with a cat. Use a muzzle initially and closely monitor all interactions.When unable to monitor, use some sort of physical barrier, i.e., crating. He interacted well with the other Greyhounds. William responded well when meeting jack Russell Terriers, but caution should always be exercised with small animals, especially outdoors.

William is so funny! He is such a happy boy whose tail never stops wagging. He is very affectionate and loves to have his belly rubbed. He loves being around his foster people and has fit in well with another Greyhound and Labradoodle that he is staying with.

He is learning very fast what it means to be a domesticated house member. His ability to learn commands has been quite remarkable – He recognizes his name, “go to your bed”, and “lay down.” He has also learned to stay out of the kitchen and go to his crate at dinnertime.

He struggled at first when left alone, but now he’s content to lie in his crate with a bone until his foster family comes home.  William is such a curious boy that trust is going to need to be built until you can give him free rain of the house when left alone.

William gets very excited for walks and tends to pull a little on the leash for the first few minutes. Each walk he is getting better and better and responds very well to a gentle correction.

He has met lots of other dogs and has shown no signs of prey drive.

Yesterday William met his first cat – he was curious at first and gave her a gentle greeting which included a good sniff. After their initial encounter he left her alone to scope out the rest of his surroundings.

William is so special and has so many lovable quirks! He will make an amazing addition to his lucky forever home. 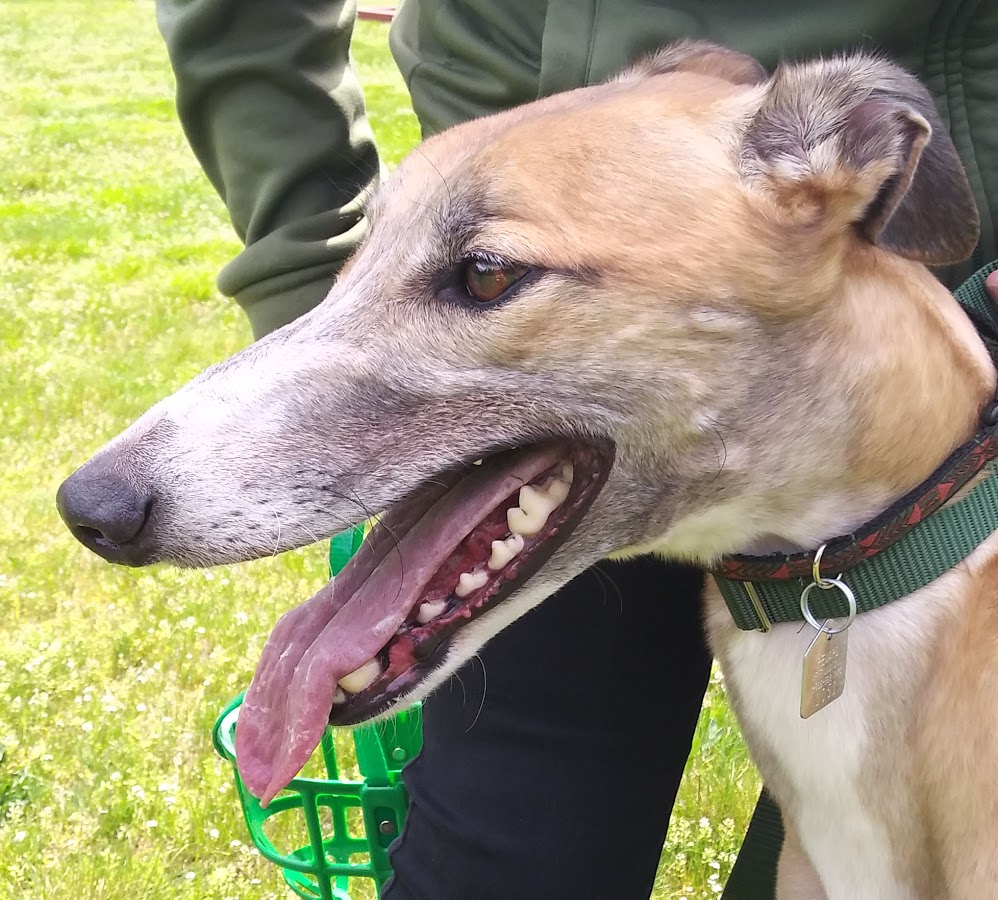