Princess, born on November 3, 2016, weighs in at 72 lbs. and is a sweet, young girl. Quite unsure of this big wide world and this new way of life. She was a registered racer but never got beyond her 5 maiden races. She was surrendered to NCGL by her owner who had brought her back from the US but found that his family just don’t have the time to look after her. She lived outside for 6 months and has a lovely soft thick brindle coat.

She needed a little help getting into the car but after standing for most of the journey settled down, exiting without any assistance. She was extremely calm at the vet’s office while she got her vaccines, micro-chip and first exam. She did not make any fuss while getting her nails trimmed and seemed to enjoy all the attention.

The elevator ride was a first and upon exiting in front of a mirror, was extremely puzzled by the “other dog” and the mirror is now smeared with nose prints as she greets the dog in the mirror every time she passes by. After inspecting the new living surroundings, she found a safe corner in the bedroom behind the bed, settled down and had a long snooze.

She and the resident Greyhound are almost completely ignoring each other, and she did not bother with any other dogs met on the morning walk. No cat testing has been done. The previous owner reported that she is very good with children and likes all people, favouring women somewhat. 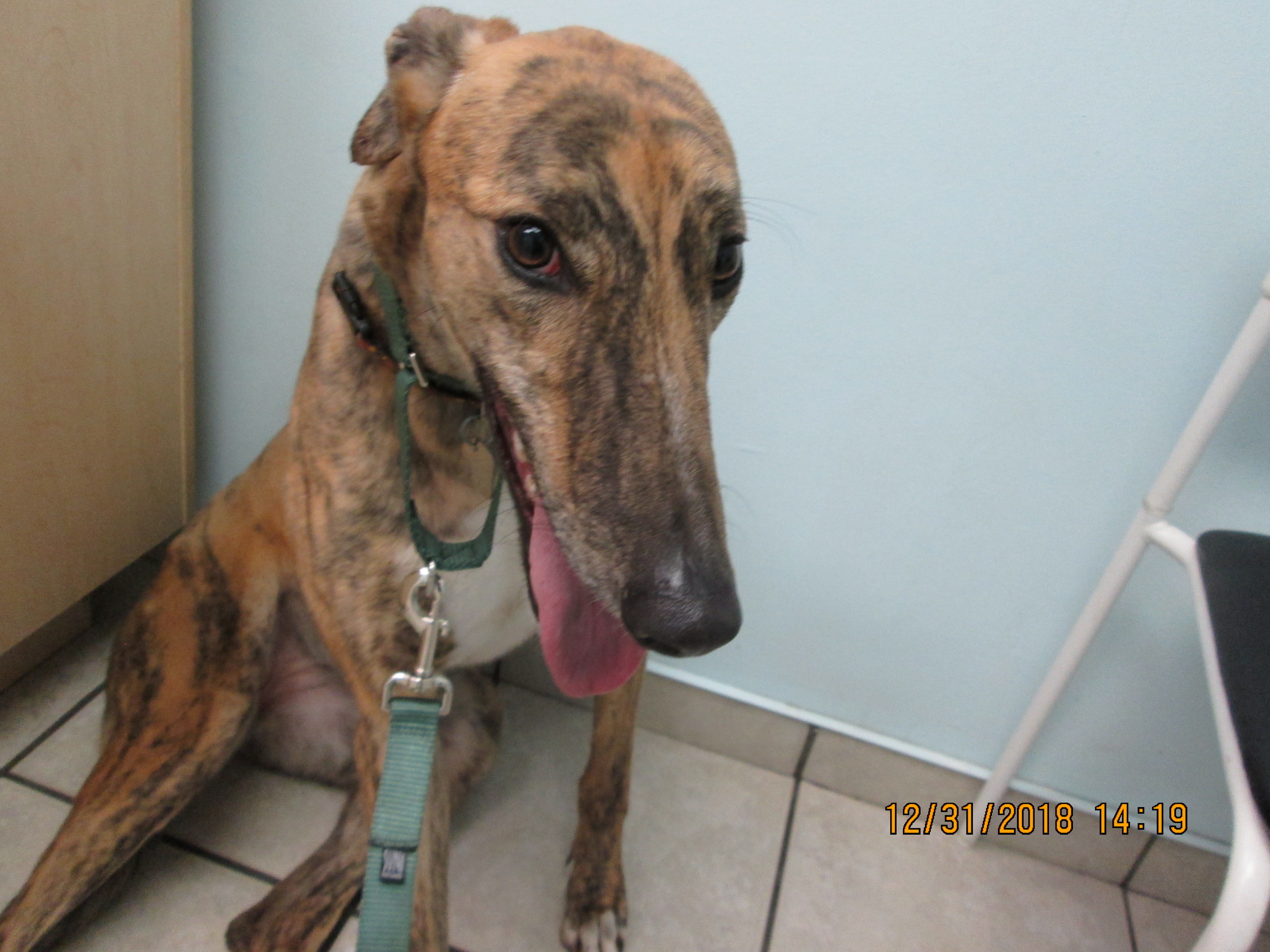