Daniel, who was born on March 6, 2014, is a happy, outgoing kind of guy. He’s still learning all his manners, but he does try very hard to please. He crates well.

Daniel did well in cat testing but has never lived with a cat. He interacted just fine with the other Greyhounds and responded well when meeting Jack Russell Terriers. Caution should always be exercised when meeting other animals, especially outdoors.

Daniel had a small, broken incisor tooth extracted during his dental and it is healing just fine.

Daniel likes to be with his person or at least know where they are. A vocal reassurance seems to settle him down okay. Often he approaches tail wagging for some petting, more reassurance in this new outside world experience.

Daniel has learned very quickly that if he sits, there are yummy treats offered as a reward. He now tries sitting without being asked, looking for extra goodies – satisfied with the extra pets that are okay too. The foster is working on his food aggression, i.e., jumping up when there’s food; he is learning to replace the jumping with a sit or a down command, very effectively. He is more comfortable sitting on the carpet, wood decking or grass, but less likely to sit on the laminate kitchen floor, which is quite normal for most Greyhounds. In fact, most Greyhounds don’t sit at all!

He is enjoying his trips to the park although getting there is kind of scary for him. He was absolutely riveted at a pick up football game being played.  He and foster stood quietly watching for a short while…….

Daniel is learning that the outside yard is the correct place to p&p and enjoys the praise and affection he gets when refraining from inside accidents. Living in a household is so strange from his former living quarters in a kennel at the track. He is a quick learner, so for only 4 days in his foster digs, he is catching on quickly.

He is a stair master!!! He goes up and down without the slightest hesitation.

Daniel has stopped being so spooky and cowering from sudden movements or noises. Now, he comes up to foster very sweetly, tail wagging for attention but not over-excited and jumping up like he had done previously.

He’s very happy playing in the house and yard and has really come around. And he’s slowly improving on the walk. He’s timid/aloof at first but warms up very quickly. He’s eager to please and a very quick learner. 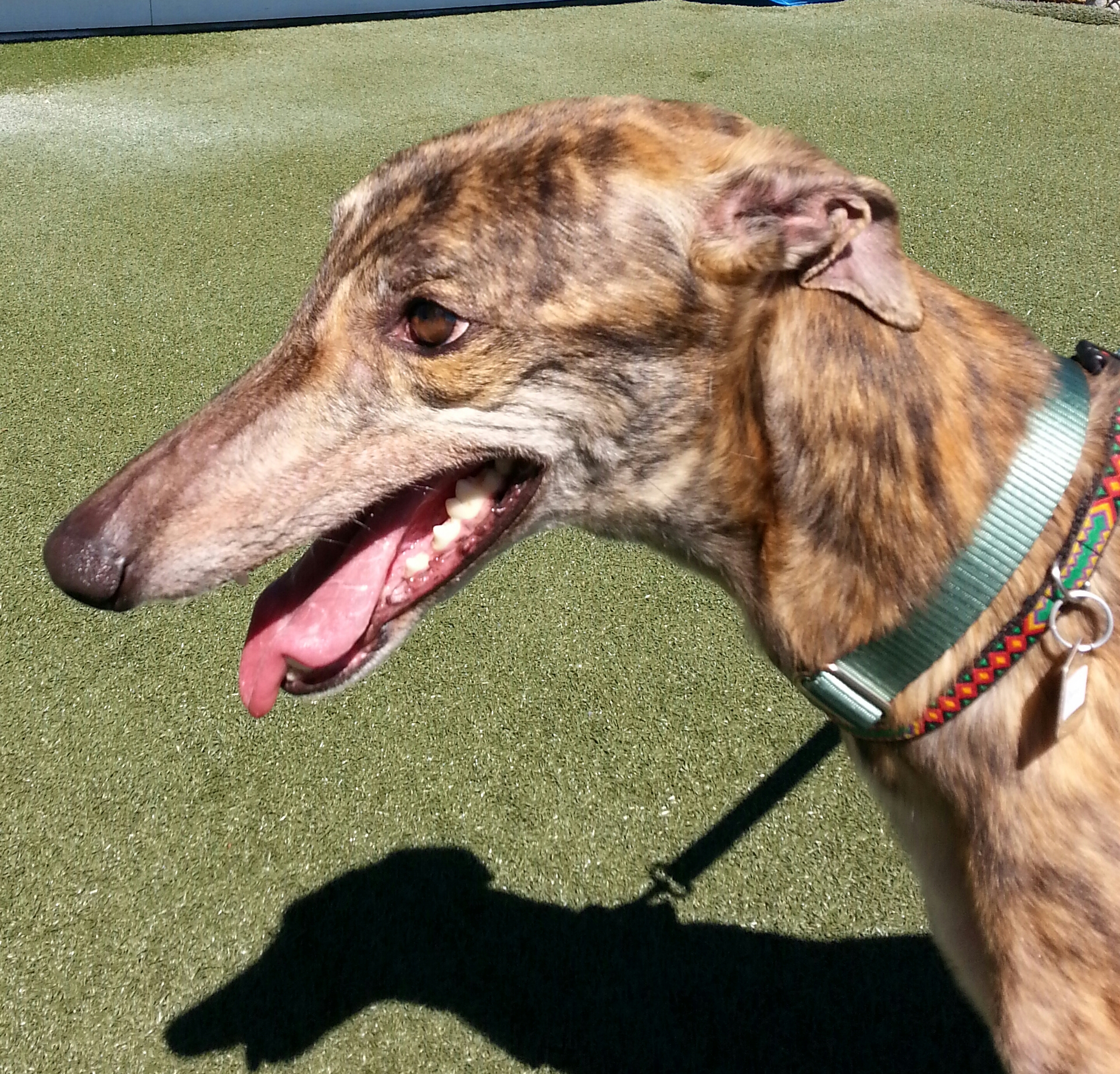