Stoney was born on June 2, 2014 in Ireland where he raced up until as recently as May 2017. He is a beautiful, shiny black boy who is very affectionate and loves to be near his person. He enjoys car rides, walks really well on leash, crates well and gets along perfectly with other Greyhounds. We will see how he greets other breeds on his walks and test him with cats.

Stoney is a black, shiny 36 Kg (80 lb) and in a vet check up displayed good teeth and a wonderful disposition.

This handsome fellow was surrendered to us because it was discovered that he has a strong prey drive for wildlife and some birds. Reluctantly his owner found that their environment was not an appropriate one for him. Living in a different area, his foster family has found him to be a sweet, gentle, well behaved fellow.

Stoney is very affectionate and loves everyone, kids and all (even the one pulling his ears!) He behaves well with all dogs – tiny, aggressive, fluffy, or hyper. He plays gently. As for cats, Stoney is inconsistent.  He is relaxed with some and inclined to chase others.

Stoney does not display any food aggression, even when food is taken away. His digestive system tends to loose stool, and some raw chicken with bone in his diet relieves this. He loves food (especially carrots!) and is not at all picky.

This fellow doesn’t beg for food and lies in his bed when his family eats. He doesn’t jump up, and sleeps through the night. He loves being wrapped in blankets, and likes sleeping in the same room as his foster family (although he doesn’t insist!).  He enjoys car rides, walks really well on leash and crates well. He does not bark and is very patient with other old dogs.

Initially, Stoney was a bit of a monkey when left alone with his Ibizan housemate.  He is making progress now that he is feeling more secure.  He loves being left with goodie-stuffed Kongs and has now been left multiple times during the day without incident for up to 2 hours.

He does zoomies in the yard, plays catch with stuffies by himself and actually retrieves—very unusual for a greyhound!

Stoney is a calm, affectionate dog, who needs a home he knows is forever. 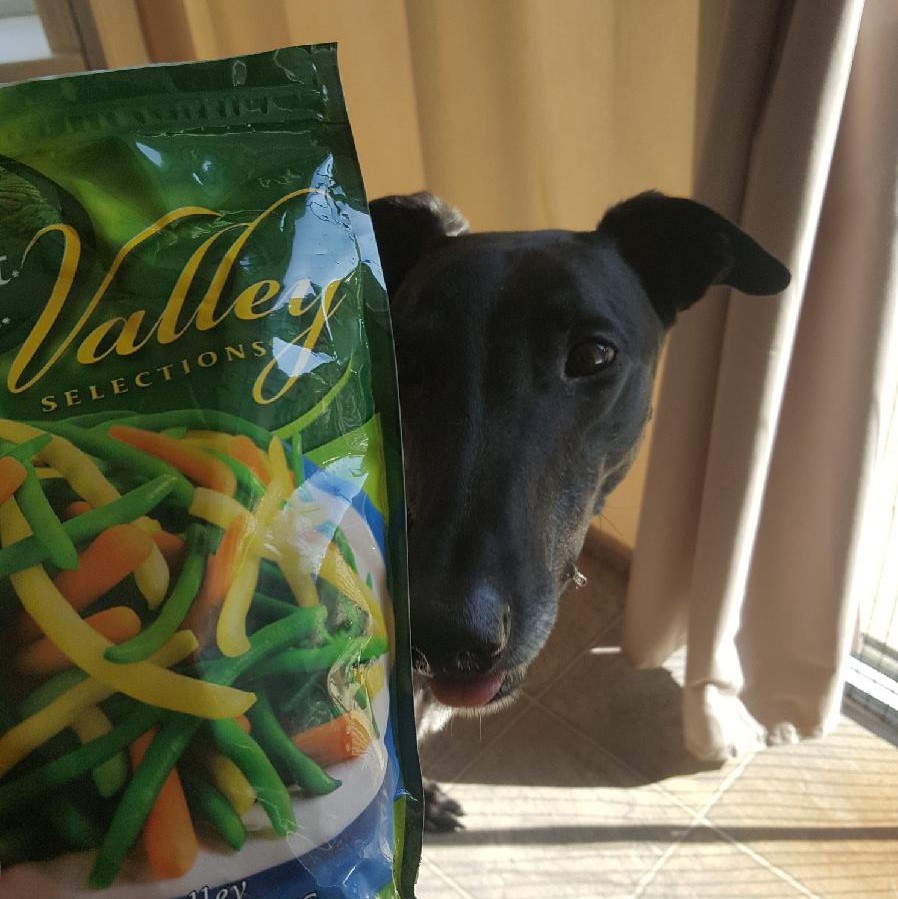