From what her initial foster has seen, Rosie gets along with dogs and apparently cats, since she paid little attention to the cat sleeping next to the kennel for the first night.  She readily met some children across the road from her foster home. Rosie is handy on stairs too.  A small girl, and currently underweight, weighing only 15 kg, she is eating voraciously. She does well in the house, having slept 9 hours without needing to go outside. Everyone who has met her describes her as very sweet.

Rosie has already worked her magic!  She arrived in Vancouver on Saturday, and was met in Victoria on Sunday. She was checked out by the vet on Tuesday, and was given a clean bill of health–negative on heart worm and no other parasites. We are also waiting for a reply regarding spaying.  It looks as if she might have had the surgery already, but we need to confirm that.

Her story is that she was rescued in Shanghai along with many small dogs.  The lady who rescues them ships them to Life Animal Rescue in Vancouver. They work with little dogs, but she could not leave Rosie behind, so sent her along too. NCGL was asked by Life Animal Rescue to step in when they heard she was on the load.

Meanwhile, on Saturday, an applicant who has been very involved with NCGL over the years, sent in an application to foster/adopt and thought that a young little girl would work well. so Rosie went to this home on Tuesday afternoon to be fostered with intent.

Well, she’s settled in and teaching me what her schedule and needs are. She certainly has a mind of her own, which will take some time to align with, but she is extremely sweet. Her appetite is prodigious and, coupled with her nine hour over night sleep without having to go out, absolutely amazing. Dealing with a two-year-old is a bit if a shock but a welcome one at that. She will keep me on my toes! Thanks to all for joining in this happy story.

Rosie is doing just great! She had her ultra-sound on Monday, which confirmed that she is intact and consequently not spayed. We will have to get organized on that but I can do nothing as long as she is a foster. She has gained another 2kg. in the three weeks that I have had her [to 24.8 kg.] so she is pretty close to her ideal weight, in my opinion. She continues to be the alpha female but is gradually learning that I am the boss, a journey that has become enjoyable for both of us. Our routine is settling in pretty well, and is based on some compromises on both our parts. It’s a lot of work but a lot of fun at the same time. She will end up being a super pet. There are lots of examples but that can wait ’til another time. 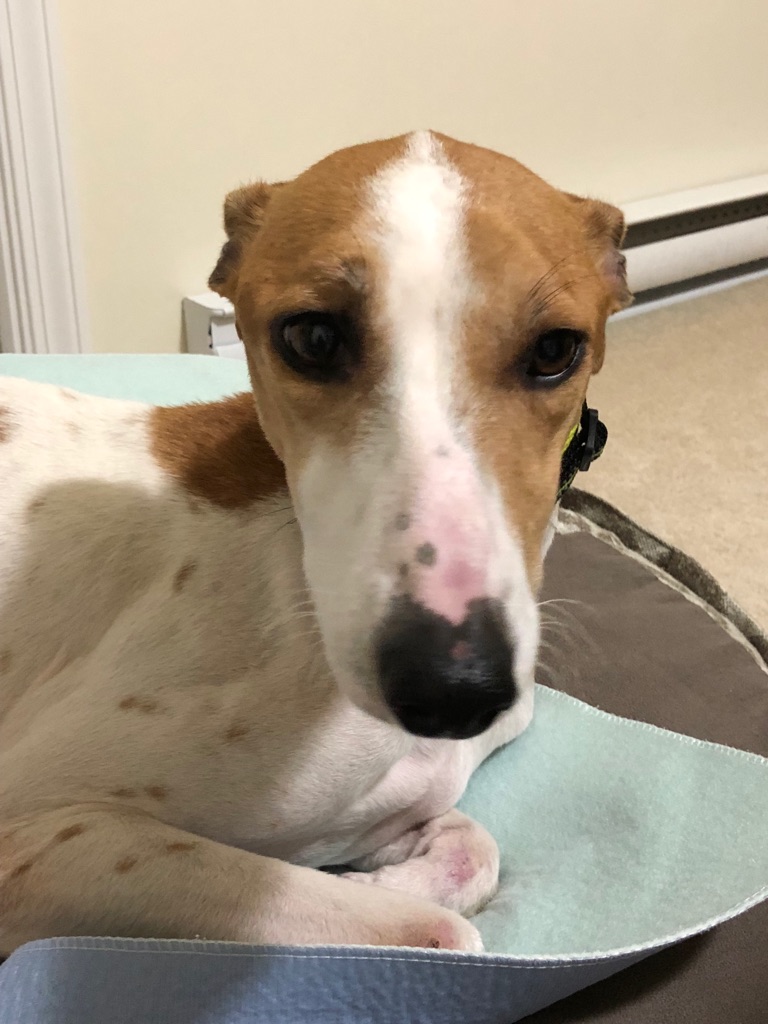