Rica has been surrendered by her owner who can no longer take care of her. She is approximately 2 years old and only has one eye that was lost as a puppy. She is a pure bred un-papered Greyhound who loves to run.

Rica gets along with all animals very well, has lived with a cat and likes small dogs. She is loving and cuddly, and fast! Rica will lightly ‘chatter’ her teeth when she is happy. She weighs 48 lbs. and although she is tiny, she has lots of energy.

She is quite smart and knows a few commands such as back up, stay, come and has good house manners. Rica will bark at the door if she wants to go out….she will also bark if she wants to play with another dog or the cat.  She is crate trained and rides quite well in the car.

Rica will be available following her spay and dental surgeries. Watch for future foster updates on this sweet one – who is already leaving an impression on everyone she meets – including the vet and vet tech! Willingly, stood quietly while getting her vaccines and micro-chip.

This little girl has managed to wriggle & wiggle her way into the hearts of this family in a mere 24 hours! The cats and foster dog are accepting her and she is making friends and learning her place in the pack. Rica is settling in and being a wonderful girl! Quote: What a sweet little dog she is 🙂 She loooves my husband. She got super wiggly and tried to hop up. Then leaned on him while he scratched her ears for 15 min.”

Rica did very well overnight! When she is in a new room she initially whines and paces but you can tell her to stop, she will lie down and curl up. The cats were up at 5am so they all went to pee and went back to bed for a bit. She has no trouble holding it at night.

The foster is still being very cautious with the kitties but she is really good with them! She came face to face and sniffed the resident black cat last night. The Bengal is a bit more hesitant so they’re just staring each other down for now. But everyone is being very polite and respectful!

While out for a walk. Rica likes the other dogs along the way and wants to play with almost all of them. Watching that long tail wagging and those long legs play bow is hilarious! She barks, hops around and tries to chase (we’ll have to find her a fully fenced, Greyhound-safe park to run around in.

The cat and Rica basically just ignore one another which is perfectly fine.  They will walk around the kitchen together without any reaction from either.  Even when the cat has her crazy, running around the house moments, Rica just watches but does not chase.  Rica gets along well with the two little dogs as well.

She is very affectionate and cuddly.   A visitor came and Rica got so excited, gave her kisses and tried to climb in her lap with her tail was wagging like crazy!  She has been introduced to several older children (10 to 15) and she likes them all.   Initially, Rica was easily over-stimulated and liked jumping up and nipping when she was excited.  This behaviour is getting much better just by the foster simply ignoring the behaviour and walking away.  Rica is very clever and has learned to modify her behaviour in order to keep the play session going.

Rica was taken for nail clip and bath and she really well!  Very little fuss over having her feet handled.  She met lots of dogs at a puppy birthday party, from a tiny Maltese to a big Mastiff and pretty much everything in between and did very well.

Rica – gets along with the resident cat and Bassett Hound cross.  She is GREAT with the kids, cuddling with them and alternating between their beds at night.  She is very playful and affectionate.  She is a lovely young dog. 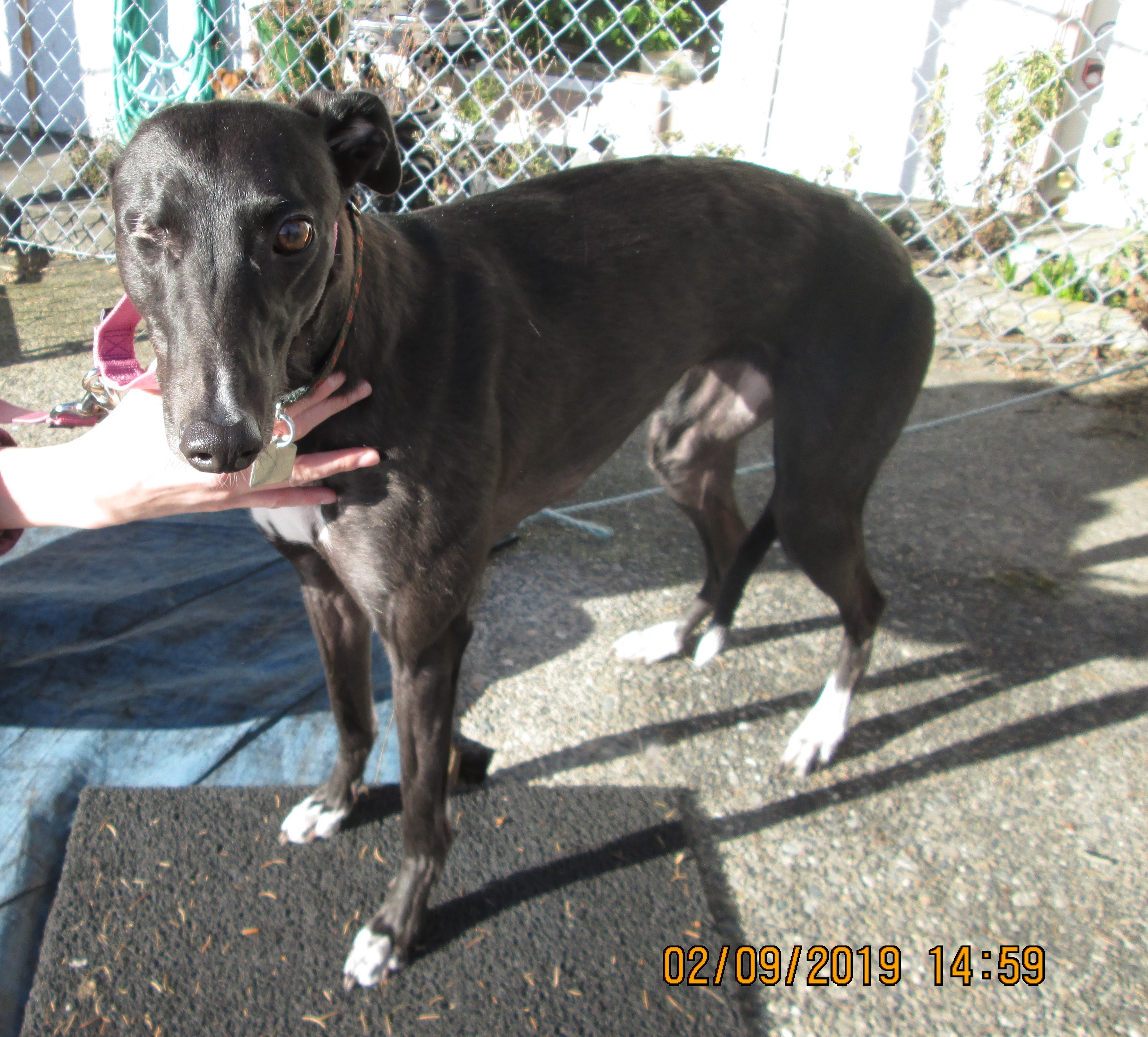