Milan, born December 24, 2010 (Christmas Eve), is a sweet easy-going guy. He can be a bit nervous at first, but once he gets used to things, he’s as laid back as they come. He did great on lead, but he likes to mark on everything if you let him! Thankfully, he seems to be able to distinguish indoors from outdoors.

Milan did well with cat testing and interacted well with the other Greyhounds. He responded well when meeting Jack Russell Terriers.

Milan was diagnosed with Non Granulomatous Episcleritis in both eyes when he arrived. He has been treated with various combinations of oral and topical steroids for about a year and the condition has improved dramatically, but is not yet in remission. Following another exam on July 7, 2016, he has been prescribed an intensive regime of numerous medications, some twice a day, some three times a day. He will be checked again by an ophthalmologist in about two months to assess his response to treatment.

We are delighted to announce that Milan has been adopted by a wonderful family in Edmonton who are committed to helping this guy get this condition under control. Our sincere gratitude is extended to Milan’s new family from all of us at NCGL. Thank you for taking on this huge responsibility for a really sweet guy! 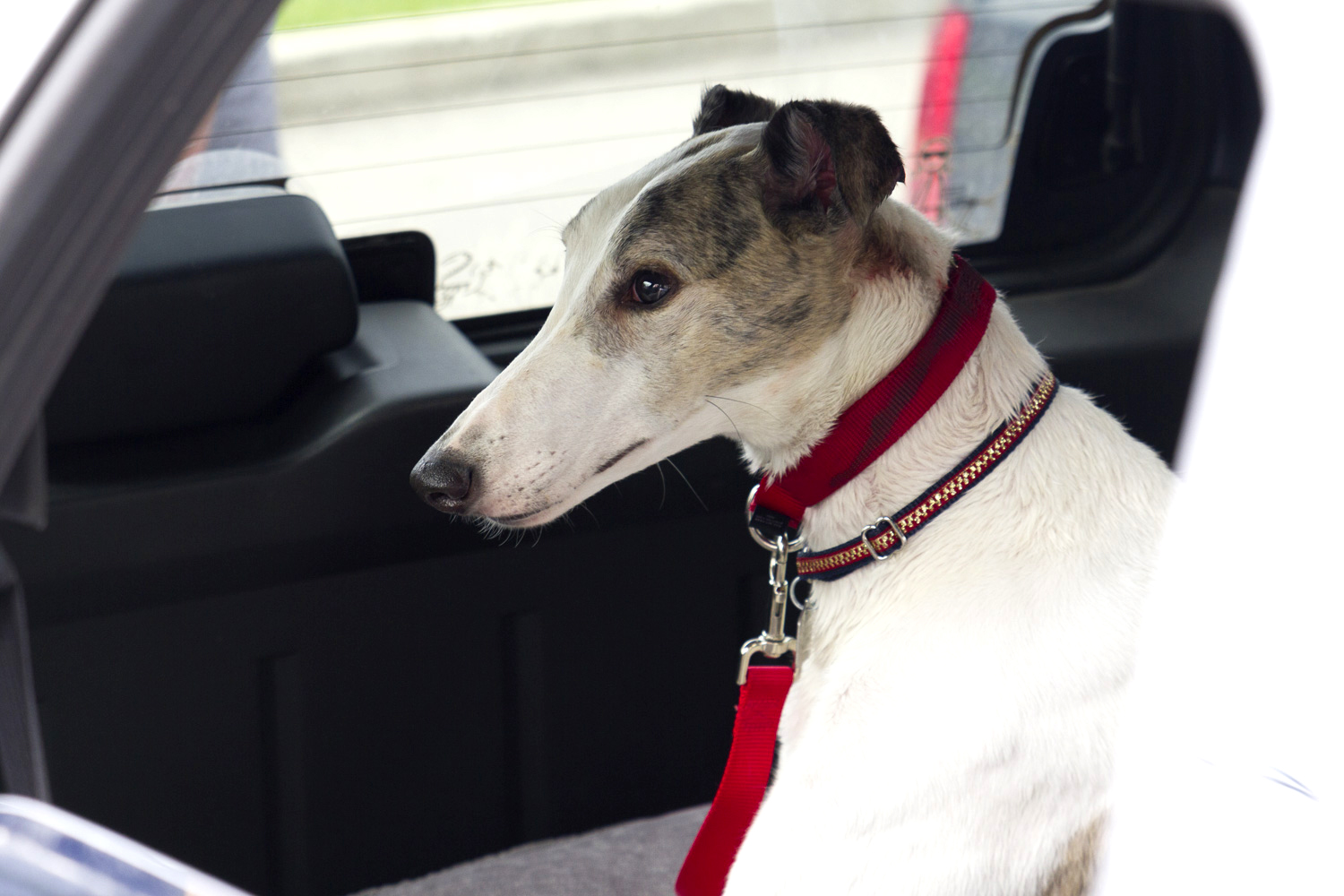