Pownzer (nka Pixel) is an out-going, friendly guy, born on December 8, 2012. He likes to be the center of attention, but he’s not pushy about it. He likes to go on walks and he crates well. He enjoys rawhide bones. Watch him closely in the house initially as he may still have the urge to “mark” things.

Although there was some initial interest in the cats, Pixel responded well to correction. With consistent, careful monitoring, he could probably learn to live with cats.

Pixel interacted well with the other Greyhounds and responded well when meeting Jack Russell Terriers. Caution should always be exercised, especially outdoors. 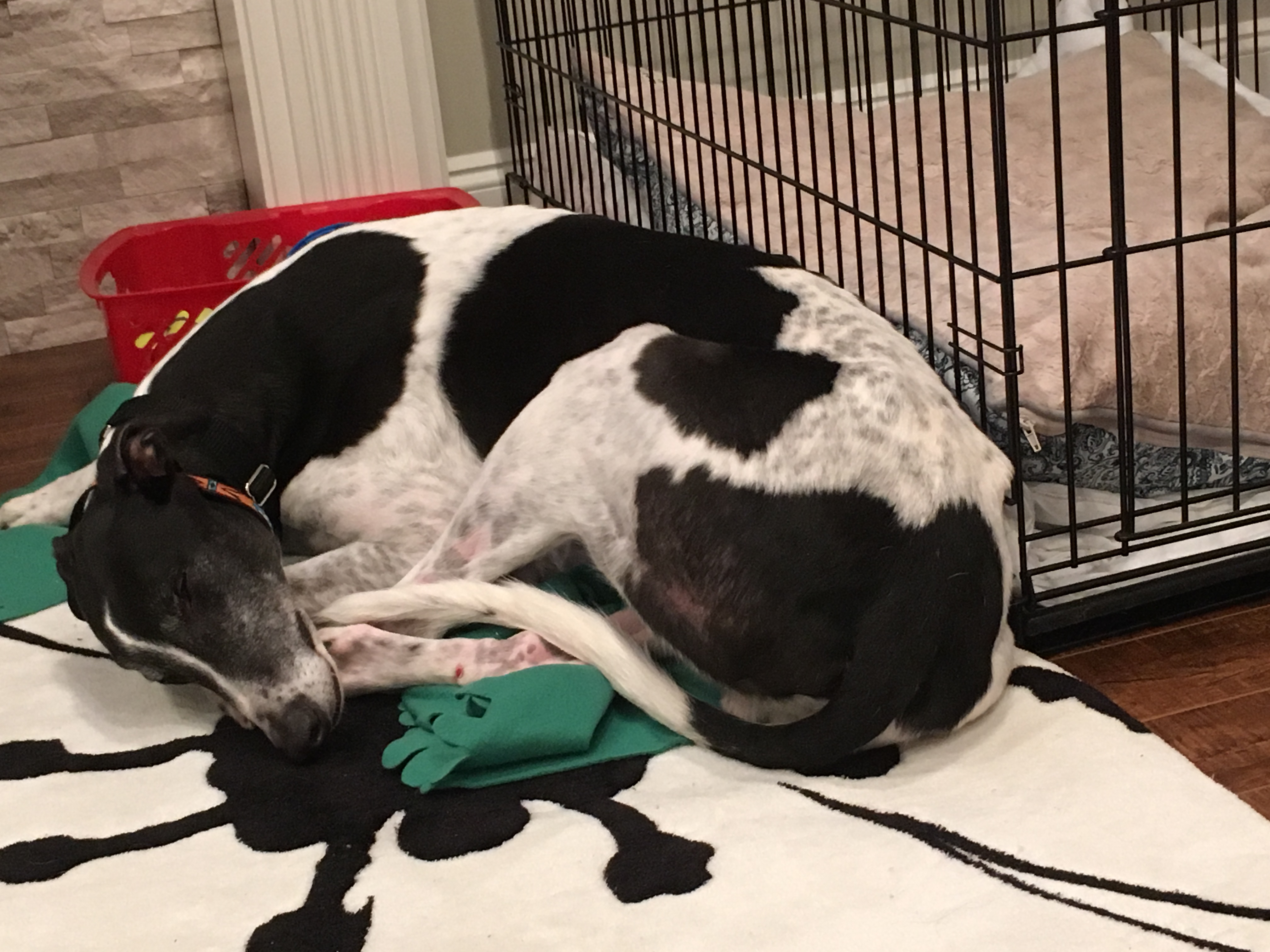