Patron, born on August 8th, 2014, is a happy, friendly little guy – with the most awesome ears! He loves to be around people and be the centre of attention. He’s still learning all his house manners, so watch him closely, initially. He crates well and he enjoys rawhide bones.

Patron did well in cat testing, but has never lived with a cat. Use a muzzle initially and closely monitor all interactions.

Patron interacted well with the other Greyhounds. He responded well when meeting Jack Russell Terriers, but caution should always be exercised, especially outdoors.

Handsome Patron had a home lined up but they have backed out today (that’s right, today) without even meeting him! So our bad luck is your fortune! This beauty is back on the market! Patron is BOMB PROOF! He’d do well in a home that’s cool with 24/7 cuddles. He’s a super teeny dude at only 55lbs and will make an amazing companion for anyone. He’s so small you’ll want to put him in your pocket and take him everywhere! 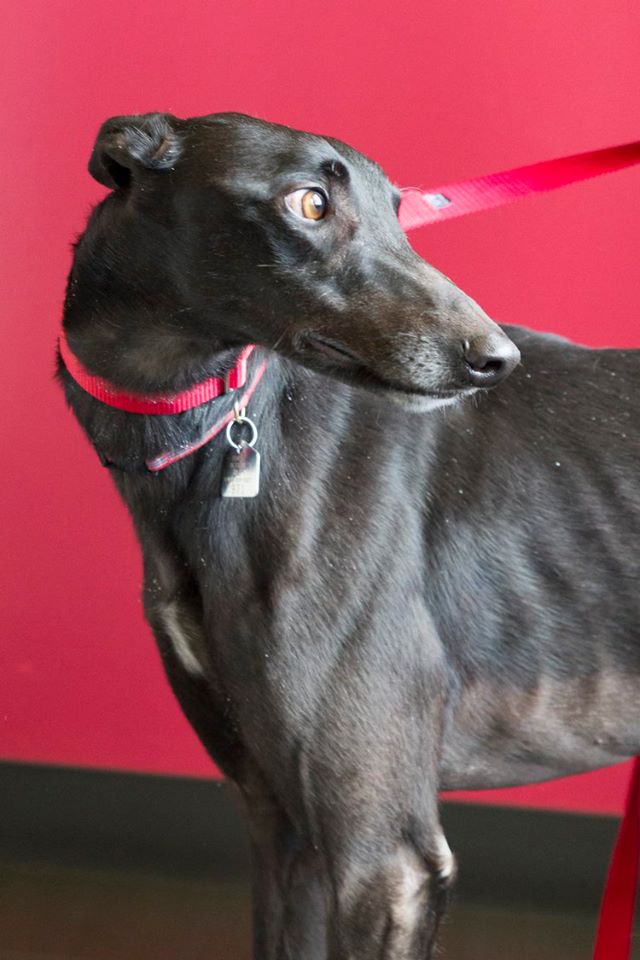