Panic was born on April 4, 2015. When he arrived from the track last year he had a hock fracture. It was a bad break and he had two orthopedic surgeries to try to fix it. The fracture is stable now, but his leg will never be completely normal. He does very well on it though and should do just fine with regular pet activities.

When Panic arrived, he was very insecure and would sometimes urinate while being handled. He’s become a much more confident dog now and he’s very sweet. He may have a bit of a regression with the move but he’ll come around with patience and affections. He crates well.

Panic did very well in cat testing but has never lived with a cat.He interacted well with the other Greyhounds but can be a little dominant with other males. He responded well when meeting Jack Russell Terriers.

Panic has found his forever home! 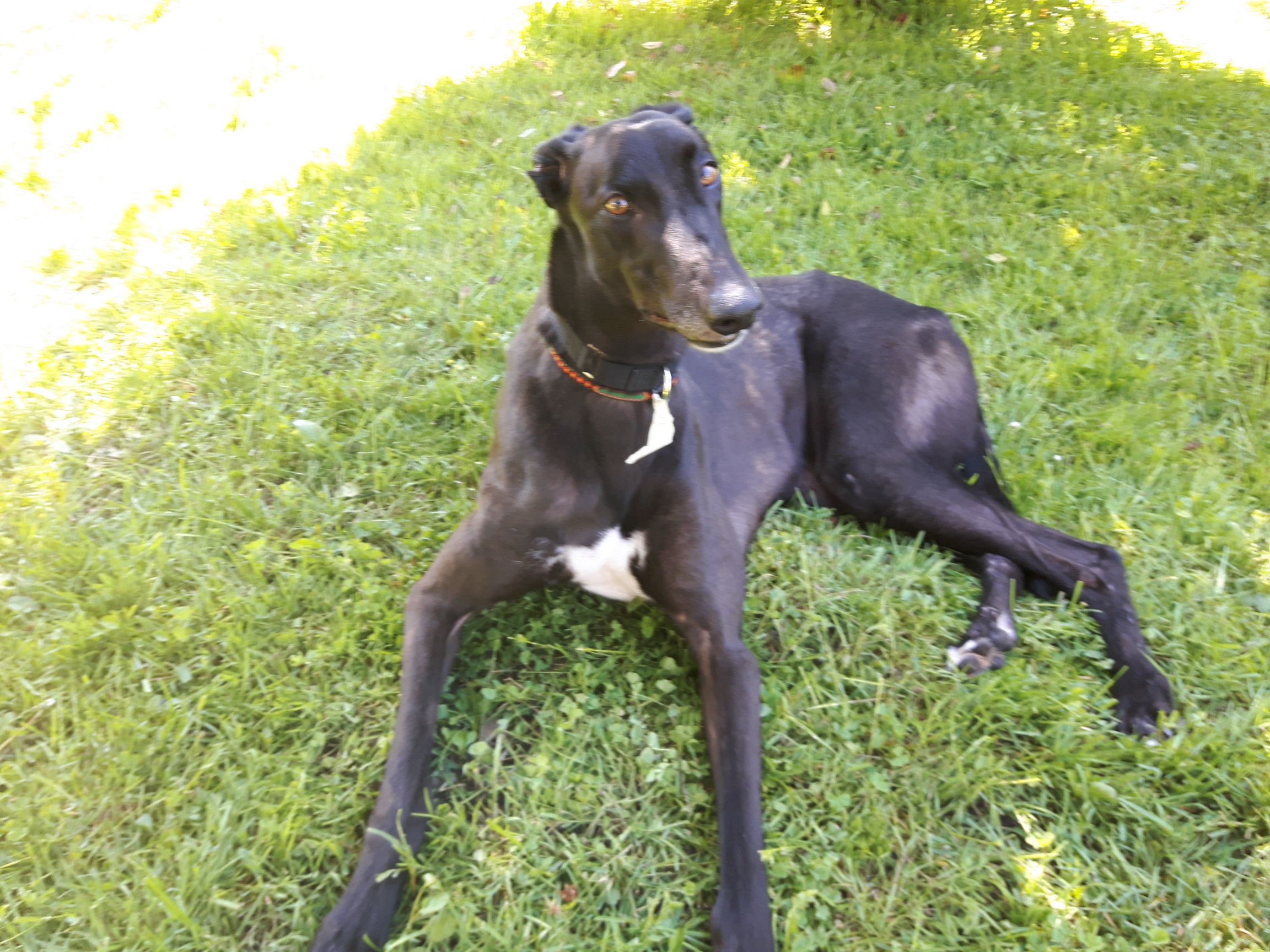