Morgan was born on February 2, 2016 and is a sweet, friendly girl, but she is still very much a puppy. She’s still building her confidence in new situations, but she’ll continue to improve as she sees more things and meets more people. she crates well.

Morgan tested positive for heart worm disease when she arrived. She was treated and is now testing negative. Since she asymptomatic at the time she was positive, she is not expected to have any residual issues.

Morgan did well in cat testing but has never lived with a cat. Closely monitor all interactions to be sure. Being a young dog, she will be inclined to chase the cats when they run. If the behaviour is strongly and consistently discouraged, it will improve in time.

Morgan interacted well with the other Greyhounds but she can sometimes play a bit rough. She responded well when meeting jack Russell Terriers but caution should always be exercised, especially outdoors. 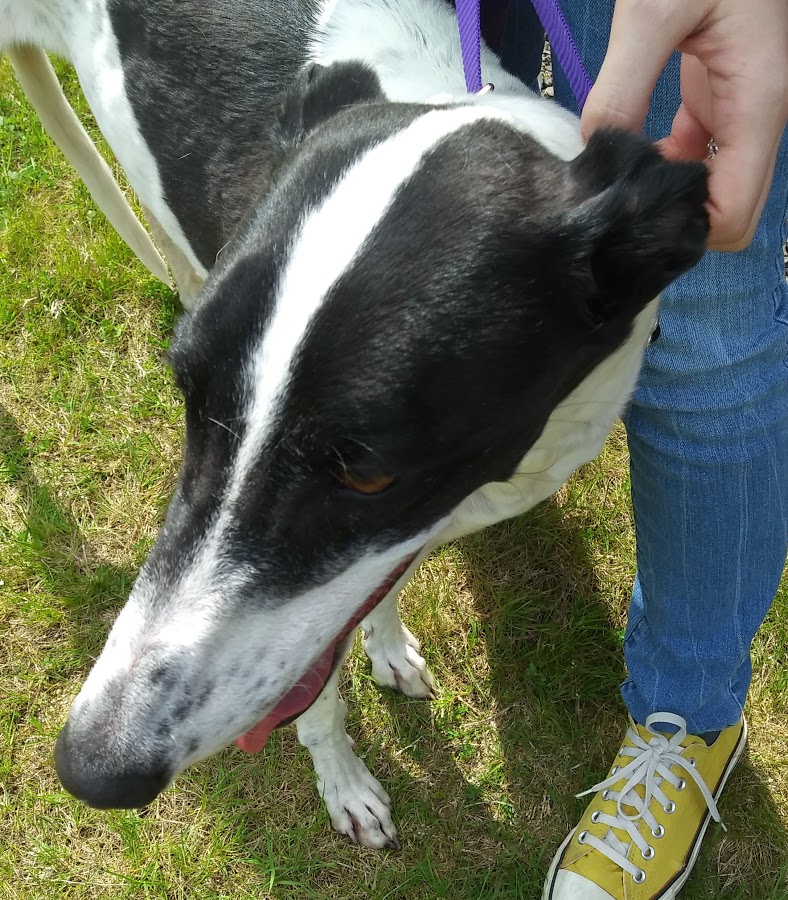