Magic is a sweet, friendly girl, born on March 20, 2016. She has been around for a while and has gotten pretty comfortable here. She will likely be a bit nervous with her life change, but be patient and she’ll soon be giving you “high 5’s”. She has been used to sleeping on the furniture and has been perfect with housebreaking, but she’s had a dog door. She has not been crated for the past year. While she has grown used to it, she was very nervous about being led by the collar initially and you may see this again with the move. She enjoys rawhide bones.

Magic arrived about a year ago (2018) and was heart-worm positive. She was treated for heart-worm and is now testing negative on the antigen test. She did not have any symptoms of heart-worm at the time of treatment; it was discovered on routine testing.

Magic did well in cat testing, but has never lived with a cat. Use a muzzle initially and closely monitor all interactions. When unable to monitor the interaction, some form of physical barrier should be used, i.e., crating. She interacted well with the other Greyhounds and responded well when meeting Jack Russell Terriers, but caution should always be exercised with small animals, especially outdoors.

Magic has met the downstairs neighbour’s two cats and completely ignored them.  Even when they ran past her.  She is very friendly and wants to greet everyone they meet on walks – people and other dogs.  She does need to work on her leash manners (she pulls and is a bit erratic – going from left to right, to left) but this will improve with more practice.

She is nervous being in the yard by herself after dark and prefers someone to be out there with her.  She may not do what she needs to do if by herself and has had accidents in the house.  We attribute this more to nerves about being outside alone than an actual lack of house training. 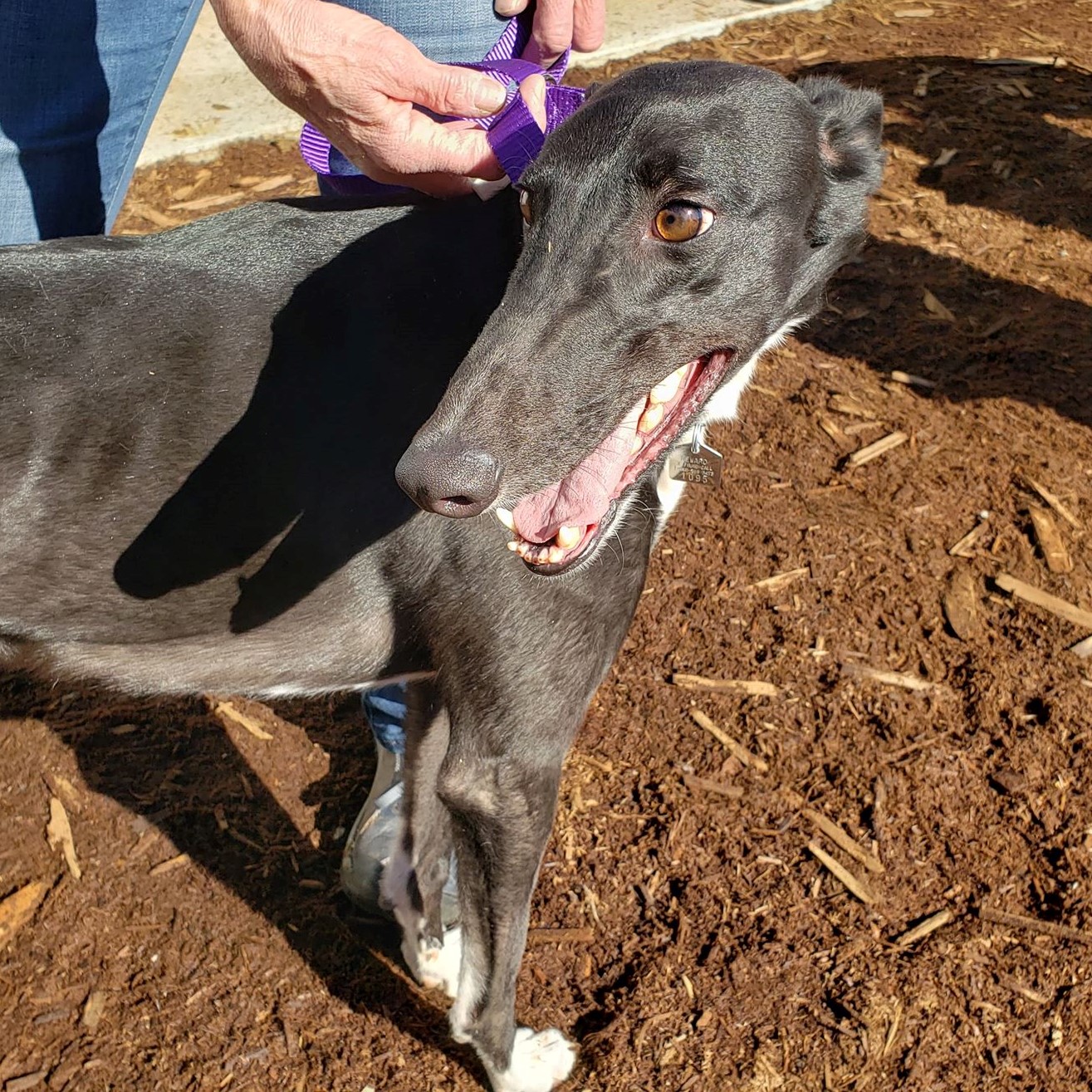