Sasha is a 3 year old greyhound born in Northern Alberta. DOB January 1, 2014. The foster family report they are quite enjoying Sasha. She has a very sweet personality. She can be a bit shy with new situations but is slowly learning how to be a house dog.

Sasha is an infinitely curious girl, which they see as a sign of intelligence. She looks and sniffs everything inside the house and out. She walks well on a lead, but is still getting used to city noises and buses, big trucks, etc. scare her occasionally. She is very brave, though, and continues on.

Sasha, being a farm dog, has spent most of her life outside, so they had a bit of an issue for the first 24 hours coaxing her into the house. It helped that she was spay on day two of her stay with them, as she mostly slept the night away on a comfy dog bed. Yesterday she divided half her time outside and half in the house. This morning, she and foster dog Norman are both sleeping in the office. They are making progress! (Not that they minded her outside, but they needed to watch her to ensure she’s not licking her stitches).

Sasha seems to like Norman, and is taking her cues from him. He is reluctantly giving up on ignore mode and seems to like her too. Norman has space issues, which Sasha completely disregards, but he hasn’t growled once, so they think he actually likes her. She seems to like all dogs – large and small.

They have not done any cat training, but when they were at the vet, she sniffed a kitten in a crate, but wasn’t very interested, so that bodes well.

Sasha is very affectionate, a snuggle bug for sure. She has moments of skittishness with both fosters, but in general is quite comfortable with them now. Loud noises tend to make her nervous.

She also likes to play – jump around and toss toys and pillows around. In time, they think more of her goofy personality will emerge.

She is house trained and sleeps through the night, but is an early riser. They have not detected ANY space or food aggression. She really is a lovely temperament ….. a bit of a goofball at times, which is only enhanced by her size. She’s tall and solid at 35.4 kgs (76 lbs). 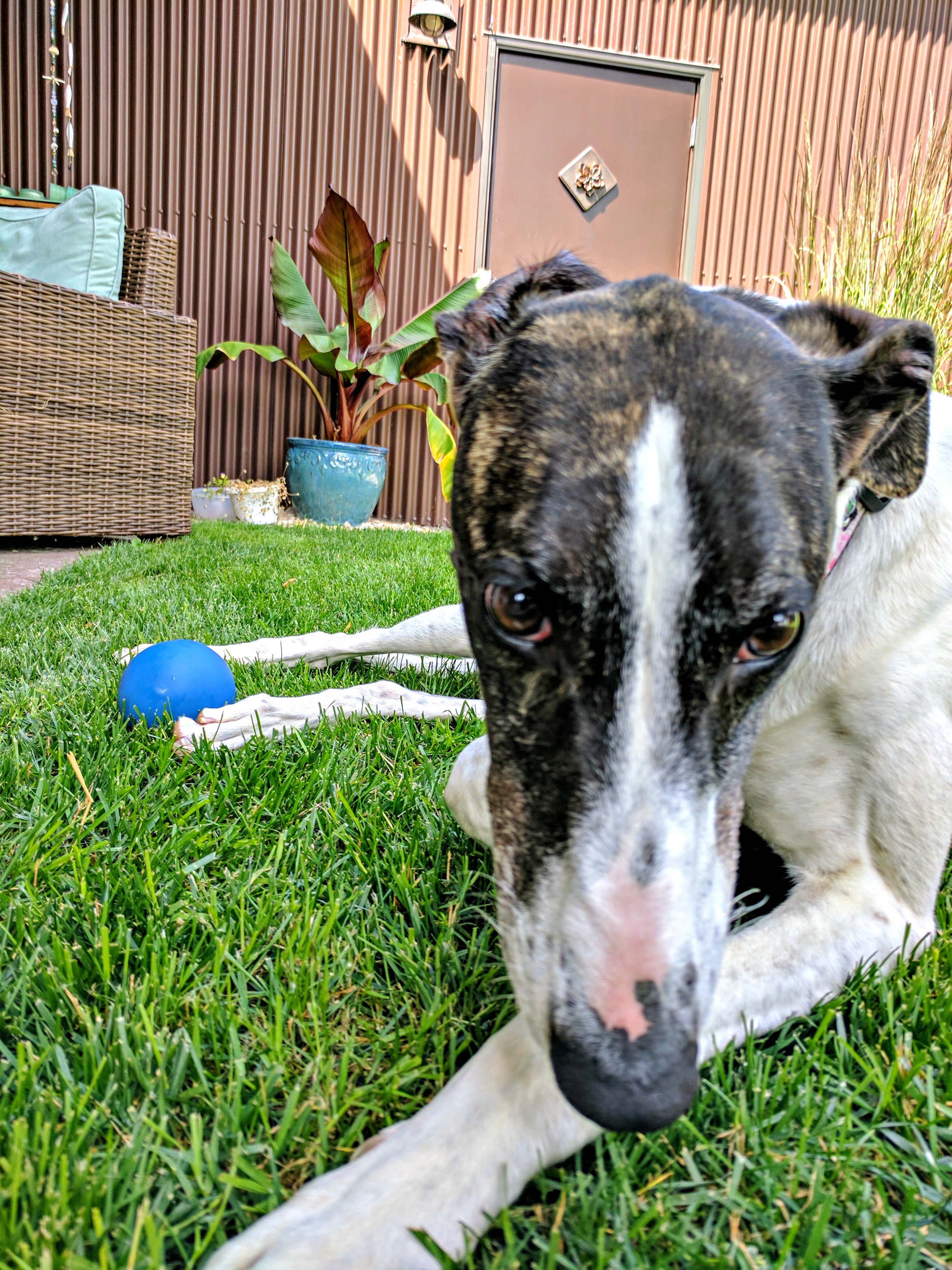