Lupin is a very sweet boy. He is very gentle and well behaved for a farm dog. Although he is still shy and skittish, he has come a long way in just a few weeks. He is very well behaved on our walks, he walks right beside you and doesn’t stray, he did lunge once when he saw a squirrel, but that is perfectly normal for any dog, and as long as you have him on leash, he is perfectly fine. Actually when he first came, we found we needed to leash him to put him outside or in the kennel, but now is coming on his own for most of the time, otherwise we just lead him with his collar. I think this City life is all new to him. He sure is inquisitive on our walks, likes to look at everything and gets startled easily with loud noises. I had a friend with a small dog visit last weekend and Lupin was fine with the little dog and he gets along great with my dog. At first I thought he might not fit with a family with small kids, but I think as long as they are gentle with him, and he gets used to them, he would be just fine. He loves attention, loves to be petted and brushed. His appetite is good and he loves treats.

I did not have to train Lupin to go in the crate, I think because he was a little scared, the kennel brought him some sort of a safety zone. He eats in his crate and stays in the crate on workdays with no problems. For the first week, since we had an accident during the night, we kept him in the crate during the night, however, he now sleeps on the floor by the bed every night and we almost have our bathroom schedule worked out. He loves toys and will play with the toys in his crate, never whines or fusses, goes in without any force or bribe.

I don’t think I’ve had such a well behaved dog, he does not touch anything on the coffee tables, kitchen table or counters. He seems to know that the toys are his and doesn’t bother with anything else. I’m very impressed with his behavior, he is a wonderful dog. Of course with his long beautiful coat, there is quite a bit of shedding, so wouldn’t fit in a home with any kind of allergies to pet hair or dander.

He still needs to get over his shyness, he now follows me around everywhere but is still cautious of strangers that come to the house. He was very shy of me as well when he first came so I think he will soon get over that once he is situated in a forever home. 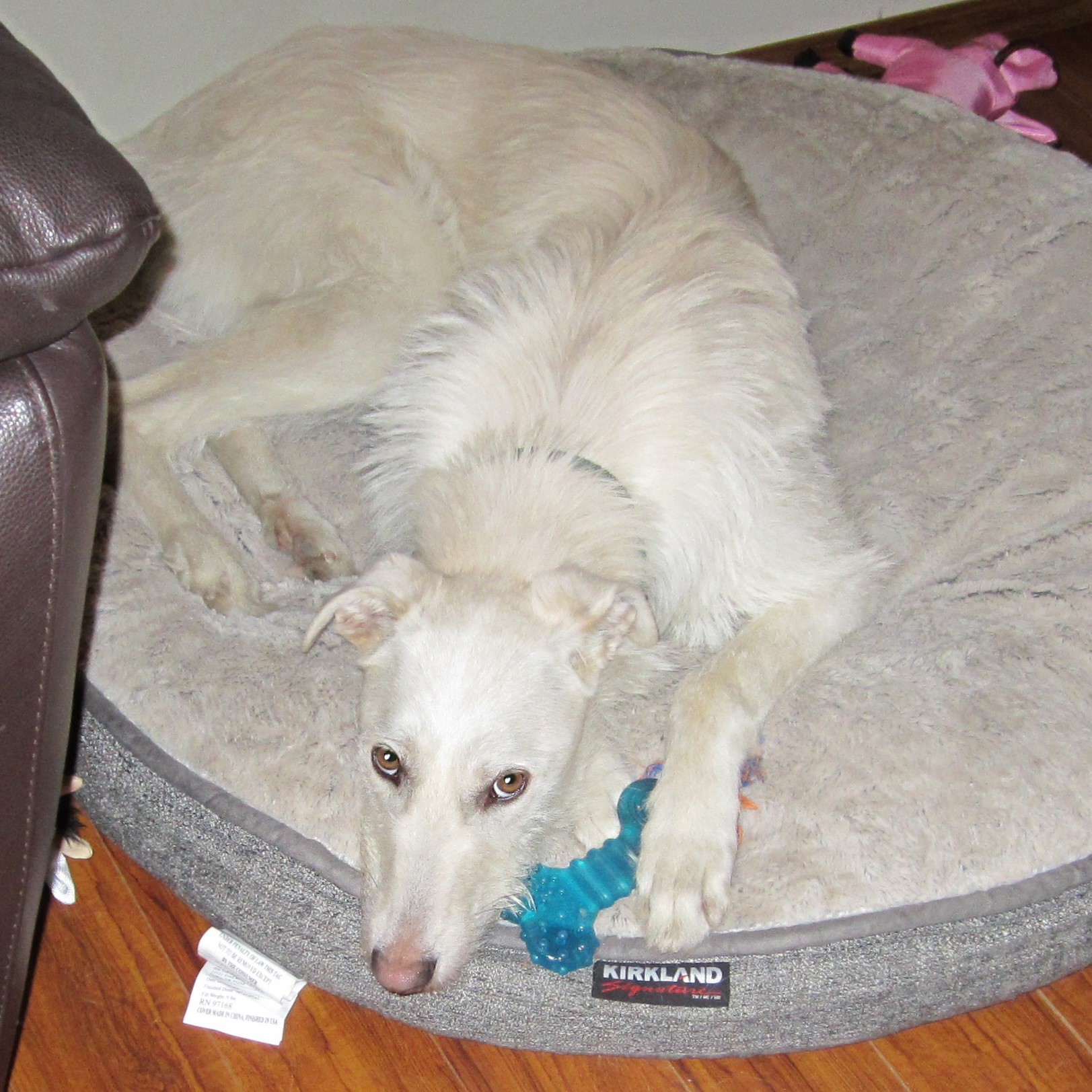