Kantok was surrendered to NCGL by his owners. He was born on October 14, 2015 and is a gorgeous medium red brindle colour. He’s small for a male, a little under weight at around 55 lbs.

He gets along with most other dogs. We do not think he is cat safe, however, he has not actually been cat tested.

Kantok loves to have his ears and face rubbed and will follow you for more if you move away from him.

Kantok arrived at his Vancouver foster home today around noon. His foster home reports that although he has only been there a few hours, he is already making himself at home – loves all the toys, easily walks in and out of the crate, but generally likes to be with his new person. On his walks today he was fine meeting all people, small and large dogs. Very interested/curious of his new surroundings wanting to investigate everything at once!

He loves to be petted/stroked, good butt rubs as well as ear rubs are favourites.

First day & night have gone very well. He is inquisitive indoors & out and very affectionate. He stealthily shadows me constantly & likes napping in whichever bed or crate is nearest. He loves playing with his toys; except that he thinks everything at nose-level is either a toy or food, so I have to remember to keep doors to un-monitored rooms closed & everything else out of his reach [remotes, reading-glasses, toilet rolls, bananas, etc, etc.]

Outside on-leash he walks well for the most part, only pulling when something of interest attracts his attention [dogs playing, Canada geese, something smelly]. He was well behaved with all dogs we encountered – large & small.

He usually empties his bladder and does all his business early-on during walkies & subsequently marks only occasionally. His stools are quite soft but usually well formed – not diarrhea. He is getting meds for hookworm, with which he has been diagnosed – likely the cause of his soft stools.

During night-time tennis court training, while off-leash he happily followed me close-at-hand, retrieved a ball & dropped it for me several times [then finally kept it] & when commanded to do so, waited or came consistently.

Overnight he slept well on his bedroom bed, remaining quiet & continent for 11 hours. In addition to being an exquisite looker, Kantok is a joy to be with: quiet, confident [if a tad cheeky], playful, soft to pet, quick to learn, & ohhh sooo affectionate.

Kantok has settled into his first home-life with greyt comfy-ness. He likes his own beds & crate so much, he doesn’t even try the couch or human’s bed. His inquisitive nature pushes him to chew any soft objects he may fancy: toilet rolls, waste-basket contents, etc.

He is highly food-motivated but has never been food-protective or food-aggressive.
He loves his chew-toys, to the extent that he will curl his lip, then growl, & finally snap if anyone tries to deprive him of them. He behaves in a similar manner to protect his paws from being pawdicured. Only for this reason [italicized above] should he not yet be placed in a household with small children or inattentive adults.

His leash manners during walkies is excellent, apart from the odd pull when he needs to sniff something important up ahead. For the most-part, he will ‘come along’, ‘heel’, ‘turn around’, ‘wait’ & ‘cross’ when asked. “This way” is another command to which he readily responds when on leash.

He is extremely affectionate with humans, especially his Dog-foster, whose side he never leaves. Even during unleashed free-runs in the fenced tennis courts, his recall to Dog-foster is reliable & consistent.

When meeting other pooches, large or small, he shows appropriate interest, only barking dominant behaviour once with one particular dog.

He is confident & inquisitive, reacting unfazed to loud noises or new experiences. However, he dislikes being left alone, even alone in a room, let alone at home alone. This seems to be about the only time he vocalizes, starting with a quiet whine, progressing to a loud bark if left unattended. As he will need to be weened off separation anxiety, he should not yet be left alone for long periods.

His only annoying drawback is his tendency to wee at home, usually once a day, in the evening, always near the same spot [now puppy-padded]. This has necessitated revising his walkies schedules to every 4 to 6 hours, with feeding & watering thrice daily before walkies instead of after. This has only been partly successful however.

Kantok is being treated for hookworm with which he was diagnosed positive 2 weeks ago. Consequently, his stools range between well-formed & normal in the morning to formed but soft later in the day. He does not have diarrhea.

In addition to being downright exquisite, Kantok is among the best fosters I have encountered: loving, intelligent, loyal, co-operative & strikingly handsome.

If I were to keep a hound [which I am not], it might well be him. 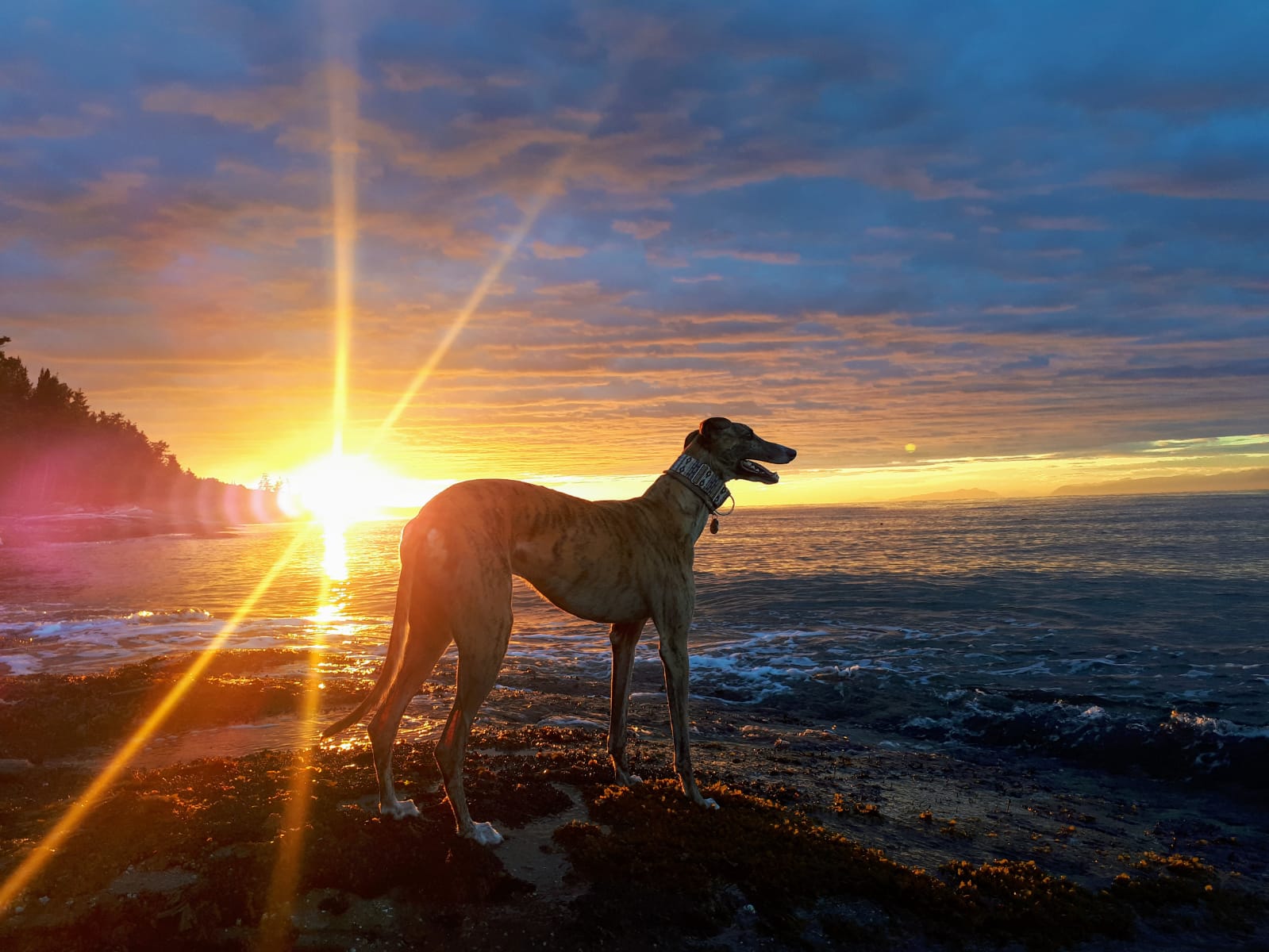