Archer was born on April 7, 2013 and is a friendly, outgoing kind of guy. He enjoys activity, but also likes a good nap. He has crated well. He enjoys bones and stuffed toys.

Archer did fairly well in cat testing after some initial interest, but has never lived with a cat. Use a muzzle initially and closely monitor all interactions.

Archer interacted well with the other Greyhounds. He responded well when meeting Jack Russell terriers, but caution should always be exercised, especially outdoors. 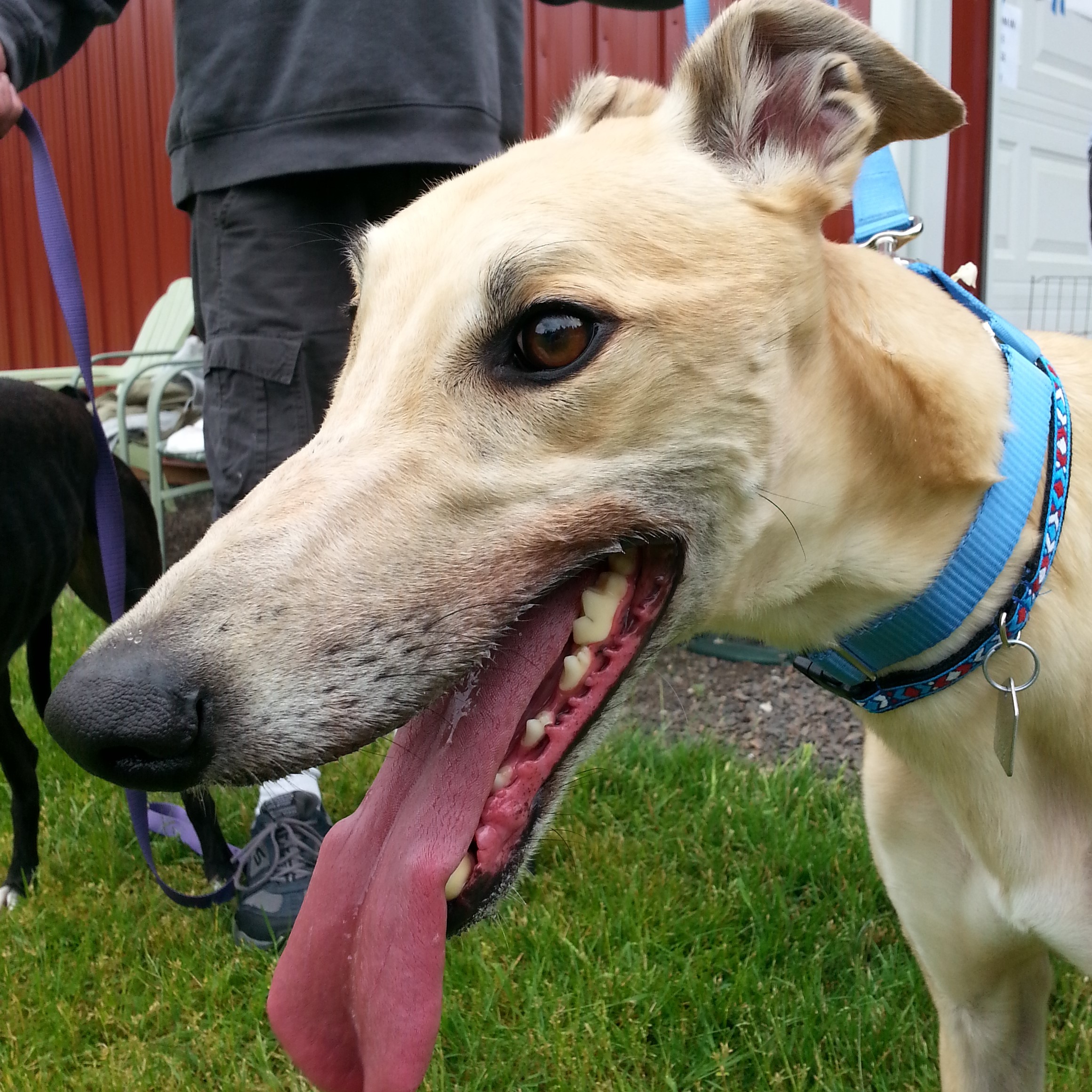