Oliver was born on September 10, 2011. He was in a home previously and was returned due to a change in circumstances. He should be pretty well-versed in house rules, but watch him closely as he adjusts to his new environment. He is a friendly guy and enjoys attention, but he can also be a bit independent. He crates well, but does sometimes shred his bedding in the crate. He enjoys rawhide bones.

Oliver did well in cat testing but has never lived with a cat. Use a muzzle initially and closely monitor all interactions. He interacted well with the other Greyhounds and responded well when meeting Jack Russell Terriers. Caution should always be exercised, especially outdoors. 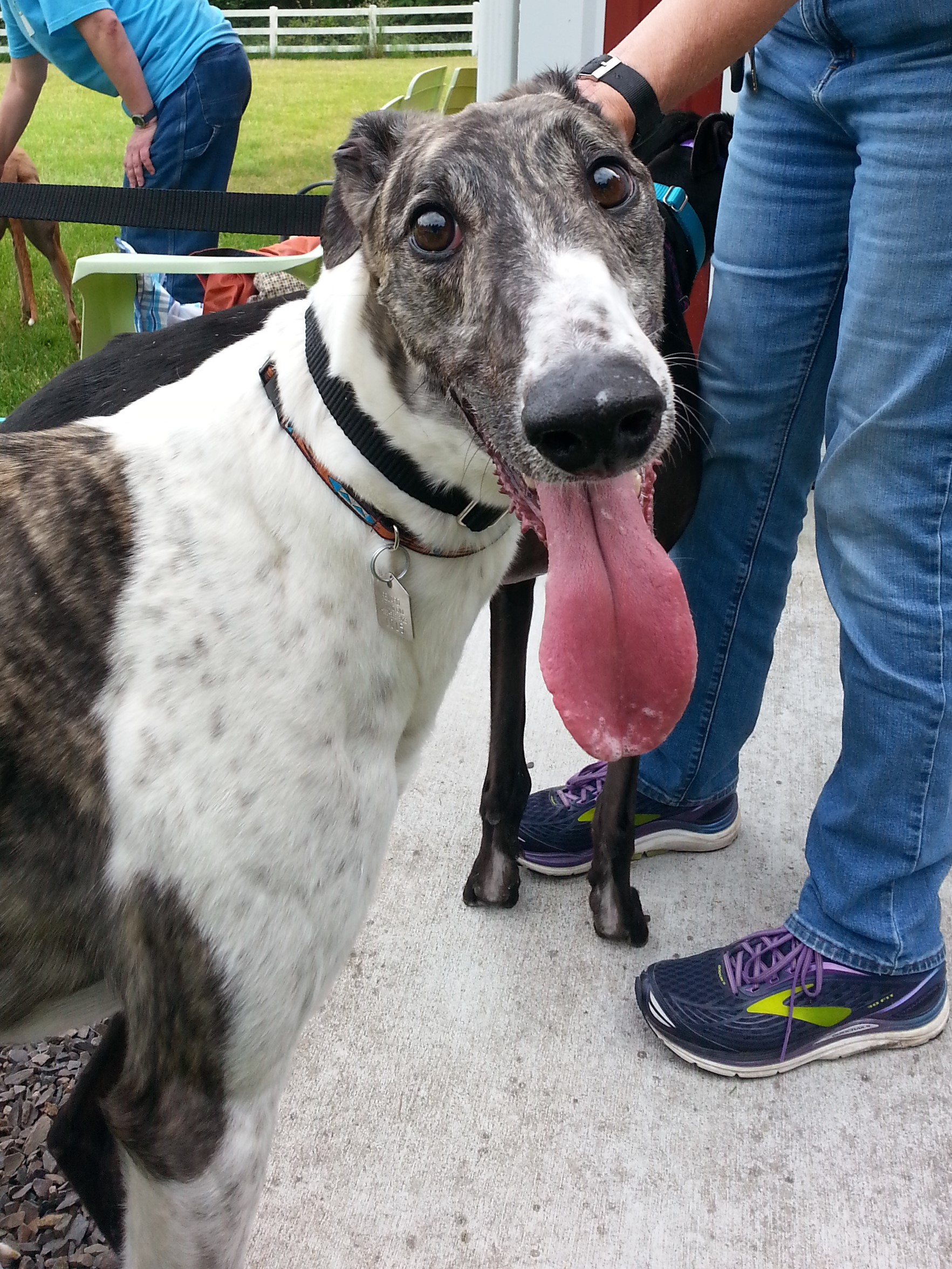