This little guy is as sweet as they come – very small for a male but makes up for it in strength and stature. He is approximately 26 months old, so we estimate his DOB to be August 2014.

Hunter rides very well in the car although he didn’t settle until his bed was moved up closer to the driver. He likes to be close to his ‘person’.

He is very dog friendly and was tested to the max when arriving at his foster home – a very busy dog grooming salon, filled to the max with an assortment of small and large dogs, including 3 other greyhounds, two of which will be his foster siblings.

The foster family will be sending us some updates after Hunter has had time to adjust to his new surroundings.

He is very affectionate and playful and has been, since learning the rules, very good in the house.  He loves his walks as most dogs do.  He responds to recall when outside and knows what WAIT means.  He walks so much better on leash now than he did.  His appetite is good and he is very polite when taking his treats and no food aggression has been noted.

Hunter does have some negatives. He has shown aggressive behaviour towards some other dogs. It’s not on every single dog on every walk, that being said the behaviour has not improved.  He will counter and table surf given the opportunity.  He likes to chew newspaper, kleenex and toilet paper if these things are left within his reach. NCGL is looking for a trainer to work with Hunter to get over these behaviour issues. 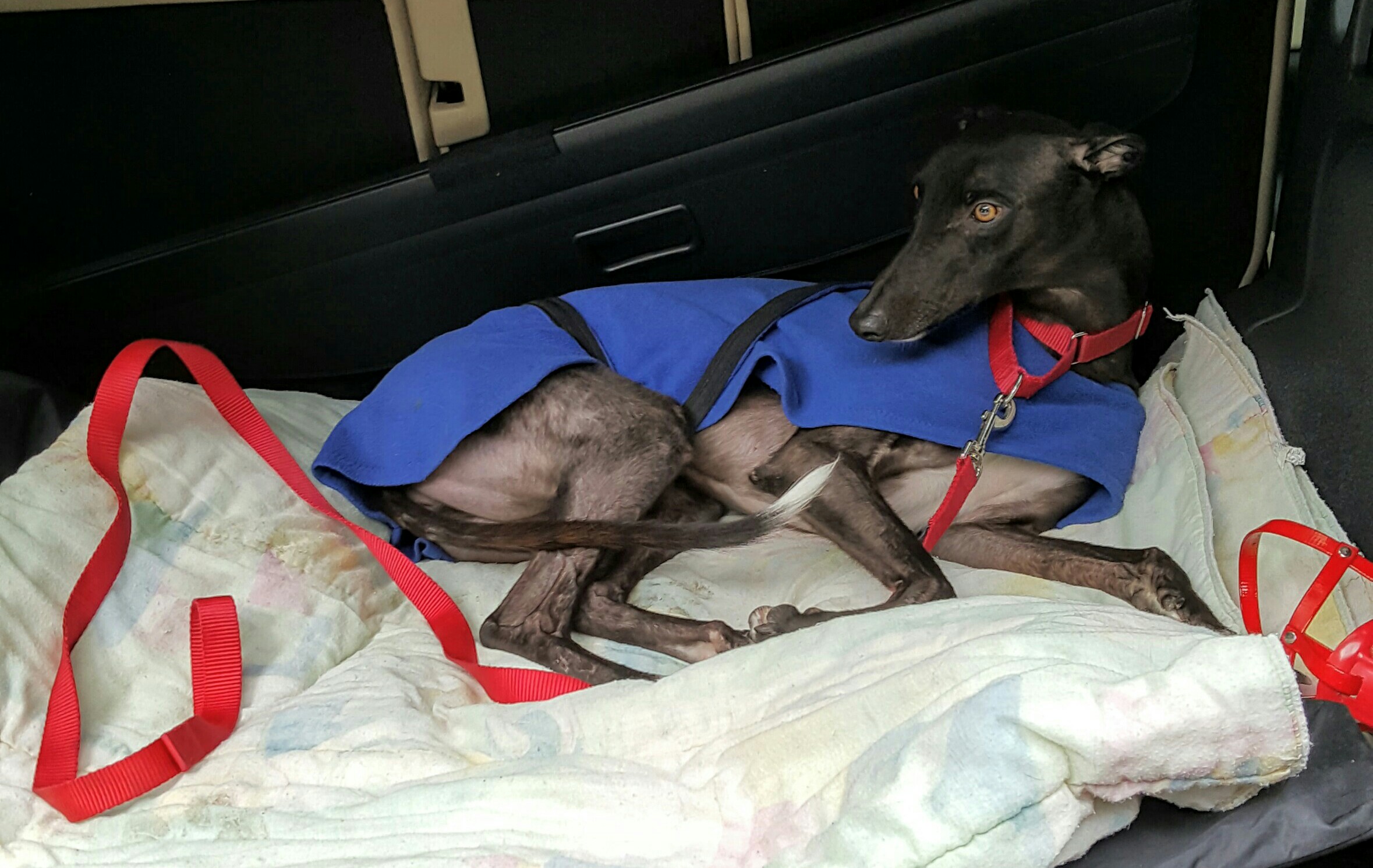