Secret, born on February 5, 2014, is a sweet, reserved little girl. She may need a little time to warm up to her new life, but you’ll see her personality emerge as she gets comfortable. She has crated well and enjoys rawhide bones. At the time of her dental, Secret had all four canine teeth extracted because they were fractured.

Secret did well in cat testing but has never lived with a cat. Use a muzzle initially and closely monitor all interactions but if unable to monitor the interaction, some form of physical barrier should be used, i.e., crating.

Secret should be in a home where she is not left alone for long periods of time. The perfect home would have someone home with her most of the time and would work with her to help her gain confidence and get over her separation anxiety.

Secret interacted well with the other Greyhounds. Secret responded well when meeting Jack Russell Terriers, but caution should always be exercised with smaller animals, especially outdoors.

All is going well and there have been no accidents in the house. The foster home has learned that Secret won’t do her business on a walk but will run into the yard to poo/pee as soon as they get home.

She sleeps soundly all night and has not had to be crated at all.

There are no space or food aggression issues with her and the others, although she did growl at foster and resident female Greyhound the other night when her bed was touched while she was laying on it. They think it was just some growing pains though and it hasn’t happened since.

Secret is becoming more interested in the cat, but they are being kept apart. The foster believes she is solidly cat trainable.

She is still very timid and sudden movements spook her. She will run out of the room. She really relies on her canine roommates for guidance and support.  We would like her to go to a home with confident dogs.

She is great in the van, gets in nicely, does not try to bolt when the door opens, and settles during the ride.

She has excellent leash manners. She walks right by your side and looks up at you for guidance. She never pulls. She has started to sniff around a bit and in the last 3-4 days has started doing her business on leash (yay!).  Up until then she would only go in the yard, and only when one of our other dogs was with her.

A few days ago, Secret slipped and fell on the bare floor.  Since then she is very scared of bare floors and will not step onto them for any reason, not to go for a walk, not to get a piece of chicken, nothing. She will walk on the floors only with blankets, towels or mats placed on them.  She is also frightened of any sudden movements.

She’s not very interested in the cat anymore, possibly because she will no longer cross the bare floor to get to where he is. She meets him in the driveway after walks though and pays little attention to him.

She does not specifically ask to go out, but she has had no accidents in the house in the two weeks+ that we’ve had her. She seems to hold her bladder very well and will run out to the yard and do her business as soon as she wakes up.

She is very timid and quiet, but is starting to relax and sleep more soundly, even roaching from time to time. She shows some signs of excitement now when she sees the leashes or food bowls coming out, and she LOVES squeaky toys. She has even tried to play with foster a few times, but if they play back, the movement scares her, and she stops.

She was tested being alone today for the first time, as foster didn’t want to stress her too soon after her floor incident. They took the other two dogs and left for about 15 minutes and set the phone up to record. The video shows her whining and pacing, she settled on her bed eventually but got back up to pace a few times. She eventually goes upstairs to the bedroom which is where they found her when they came home. 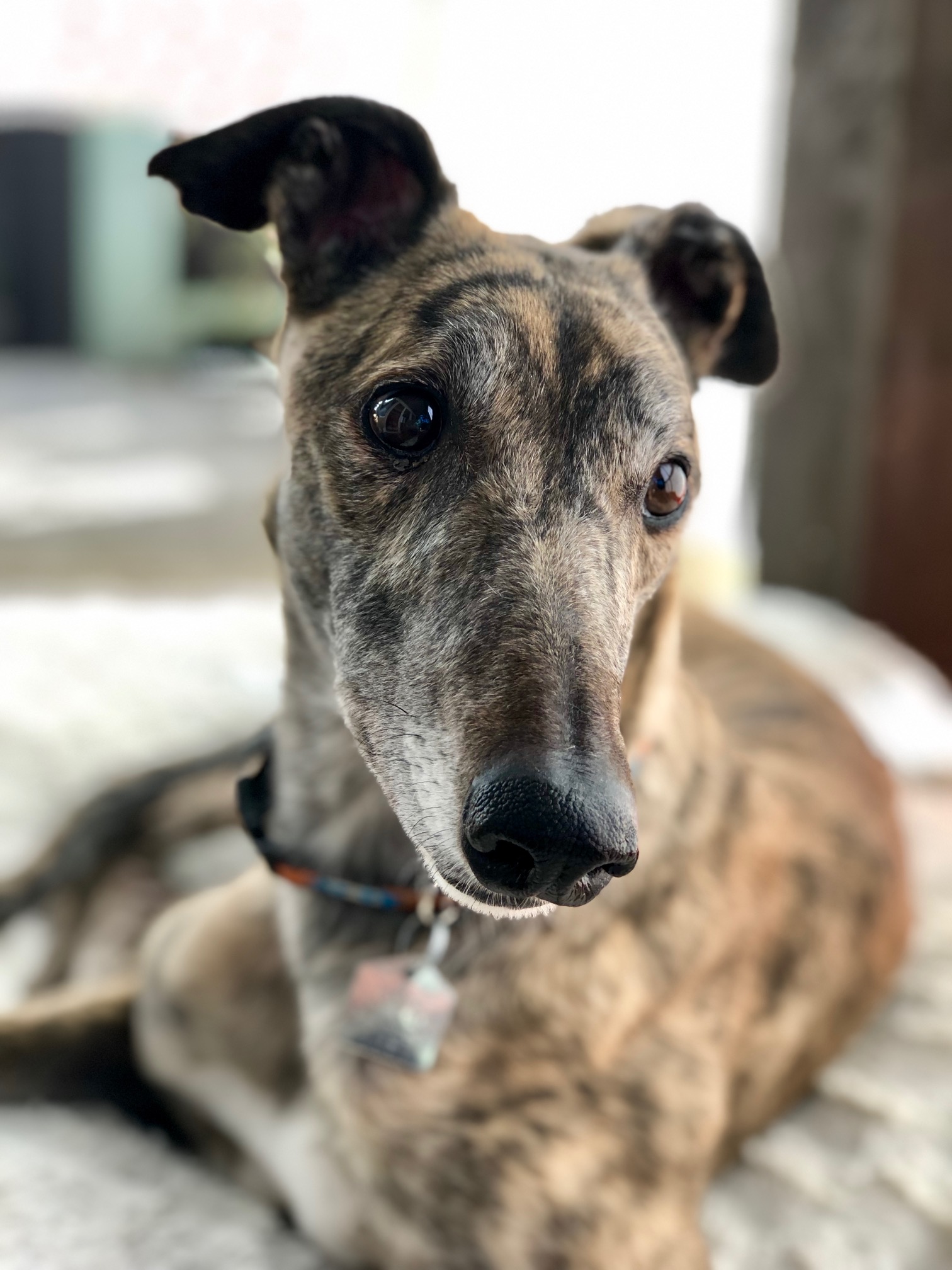