Camo was born on December 3, 2014 and is a friendly, confident brindle boy. He has crated well  and enjoys rawhide bones. He’s still learning his house manners and should be watched closely in the house initially.

After some initial interest, Camo seemed to do well in cat testing, but has never lived with a cat. use a muzzle initially and close monitor all interactions. He interacted well with the other Greyhounds and responded well when meeting Jack Russell Terriers, but caution should always be exercised with smaller animals, especially outdoors.

Camo has a small wound on the pad of one of his toes, on his left front foot. This is likely from stepping on something. It seems to be healing well, but an antibiotic has been prescribed for a week. 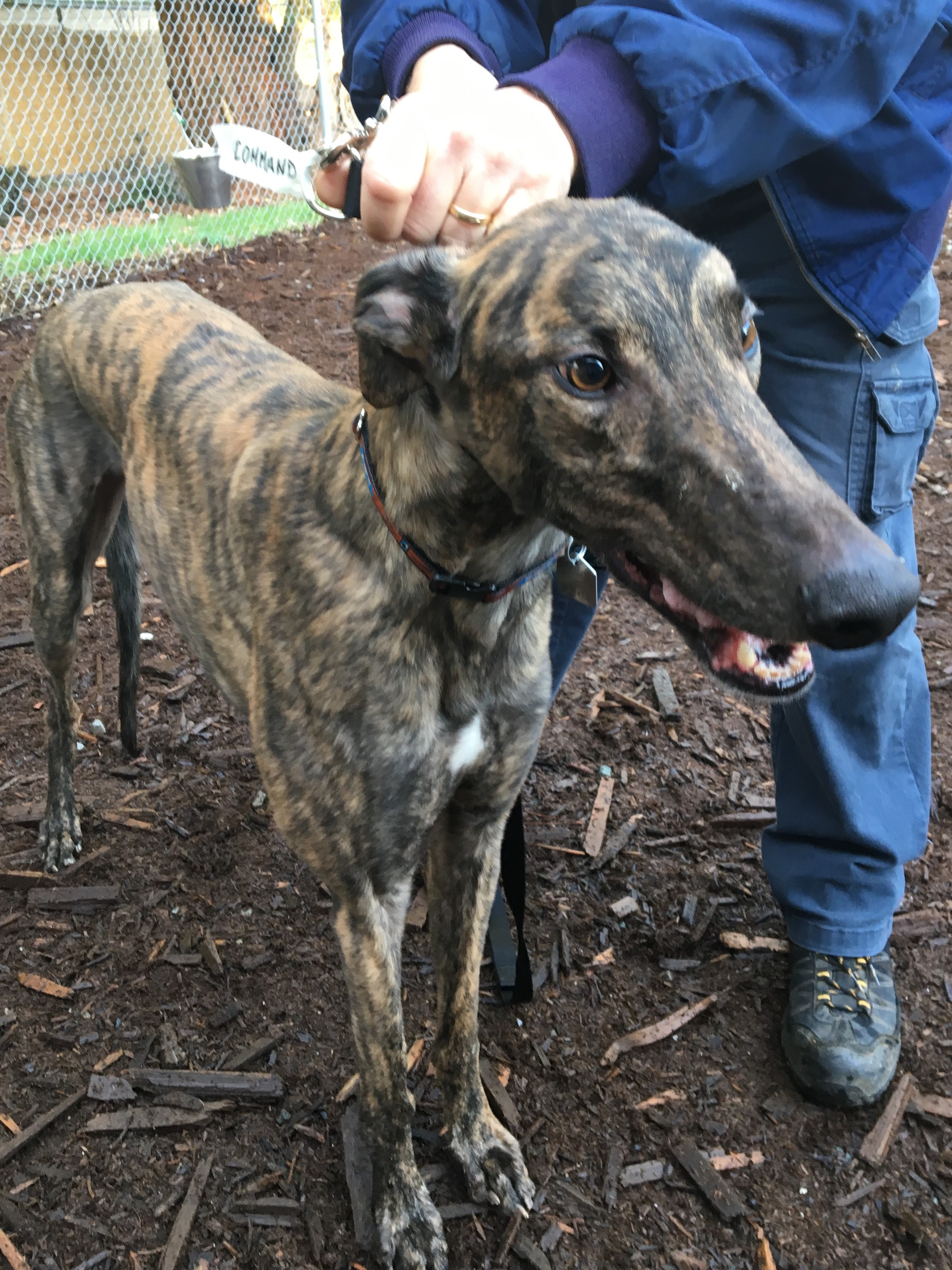