While driving through a portion of “Highway for Heroes” it brought a smile to our faces…..here we were on our way to pick up a Greyhound being surrendered to NCGL, by the name of Hero! This big boy is a real beauty. He will turn 2 years old in December and is a real stunner.

His foster has an outdoor pool and Hero tried that out right away, swimming from the deep end to the shallow end before he was hauled out. You might call it a pre-wash as his swim was followed by a badly needed bath. Hero has lived outside all his life so he has a good thick coat that was full of dirt.

So far he has had no inside accidents and whined at the door to be let out. He went up the stairs with no problem but wasn’t too comfortable descending – a little work will help him get used to this.

The foster has two other Greyhounds and he is fine with them. He paid no attention to the small dog in the neighbour’s yard trying to get over the fence to meet the new guy on the block! While out for a walk Hero showed no aggression towards any dogs they met along the way.

Hero is a real love bug and likes to snuggle.

Tomorrow he has an appointment for his vaccines, general check-up and pre-op blood tests. Hero will be available for adoption after his neuter surgery, dental and microchip next week and a few days recovery.

This 85lb handsome boy is now also known as “The Velcro Teddy Bear.” He follows his people around everywhere and is a super cuddly.

Hero is doing very well learning the stairs but is a bit unsure of slippery surfaces. He is learning to master them a bit more each day.

He has been learning proper Greyhound leash etiquette and after being fitted with a harness it’s much easier for him to understand what he should be doing. Hero is really eager to please his people and follows direction extremely well.  Good boy Hero!!

Hero found one plant in the house he’d like to use as a fire hydrant but with the use of a belly band and quick correction/re-direction to the outside he is figuring out what is expected of him. We are sure within the next couple of days he will have the routine down pat.

He has been very good with all dogs he’s met up with, large and small.  Hero has also been fine with the foster’s two Greyhounds, when they are letting him know the rules of the house.

We will be cat testing Hero after his neuter next week. We don’t think he will be waiting for his forever home much longer. The foster says that if they didn’t already have two dogs, this boy would definitely be their first foster fail. 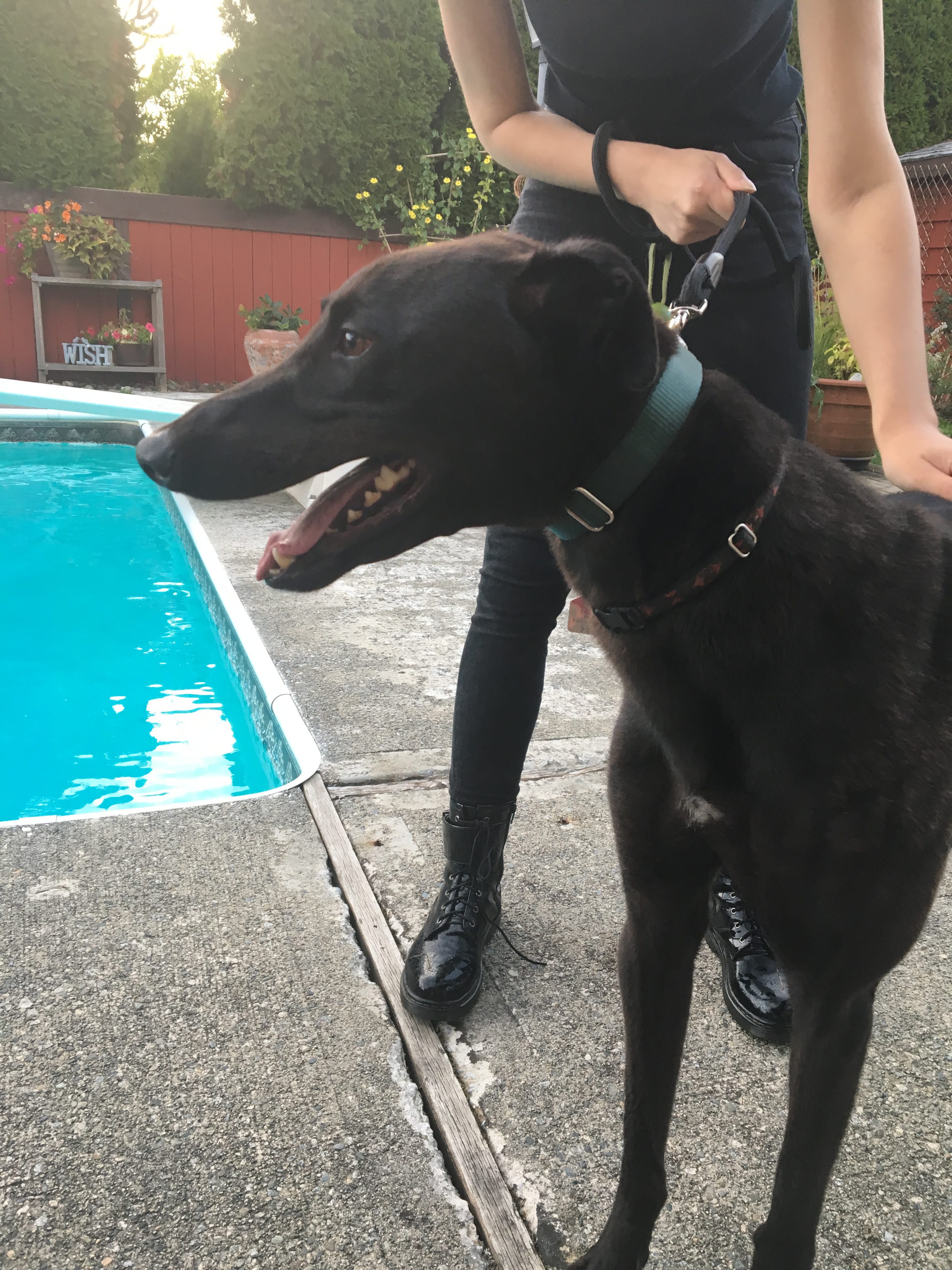