Hagrid has been in his foster home for 3 weeks. He has come a very long way but still has a bit to go. They are confident that in a few weeks this bio will be significantly different than it sounds right now as this guy is still changing. Being in a home is a little confusing to him. Any kind of loud noise: putting away the dishes, washing machines, dryers, vacuums, yelling down the hall to get family members attention, fans, and the scariest of all – the TV – will prompt him to seek shelter in his safe place (walk-in closet).

Around the house he has amazing manners considering that it seems like he hasn’t been spoken to a lot and has never been in a home. He is catching on to his name but as far as general sit/stay obedience, he doesn’t really have any. At this point asking him to do something he doesn’t understand is a bit scary (he’ll get there!!). He hasn’t had any accidents in the house and doesn’t make a peep (in his kennel or otherwise).

His leash manners are exceptional, and he really enjoys the company of the calmer older terriers and looks regularly for their guidance. He is friendly with strangers and shows no signs of being afraid of people or dogs; the cats are a little interesting so caution should be used. At this point we would consider him cat trainable. Every evening he gets a half hour of running and playing on the acreage which brings him complete happiness and settles him for a full sleep.

Hagrid has a beautiful disposition, he is calm, gentle and sweet. He finds peace in regular access to the outdoors and would do best with another dogs. With continued patience and love he will absolutely gain more confidence. At this point, we would recommend that Hagrid’s ideal home is a very peaceful, quiet home without a lot of change while he is building his confidence. Because noises and change are still pretty scary to him, we would also recommend no children. Finally, a big yard to stretch his legs would be on his wish list. More to come!

Hagrid’s confidence grows! He can now sit in the living room with the TV, washing machine and fireplace all running at the same time! He is still a bit on the timid side but for the most part we would call him adjusted to living in a house. He is carving out routines he likes, especially breakfast / dinner, playing outside and an early morning gathering up of all his toys. He can nap through a dishwasher unstacking, doesn’t get startled when you drop something and with his new-found bravery has discovered that the entire house is filled with fun things likes big beds and extra ‘toys’ (maybe shoes and socks?) for gathering purposes.

We are so proud of him for trying so hard. In his original write-up we had said that kids might be too much for Hagrid, we now feel like he would be okay with kids who are on the quieter side. He is also totally fine with our 2 cats and knows his name and will come a running if we call him.

In line with his original write-up, he still absolutely loves to be outside and would love his forever home to have a nice yard for him to lounge in fresh air and stretch his legs. He also requires a home with a dog friend to play with. Its very important to Hagrid that he is part of the group. He isn’t bossy and remains a very respectful guy but leaving him out is soul crushing.

Hagrid remains one of the easiest fosters we have ever had, he is quiet, great with our dogs, you can cut his nails, brush his hair, check his mouth with no issues. He is totally trustworthy in the house. He just needs a little time to figure things out and then he is golden. 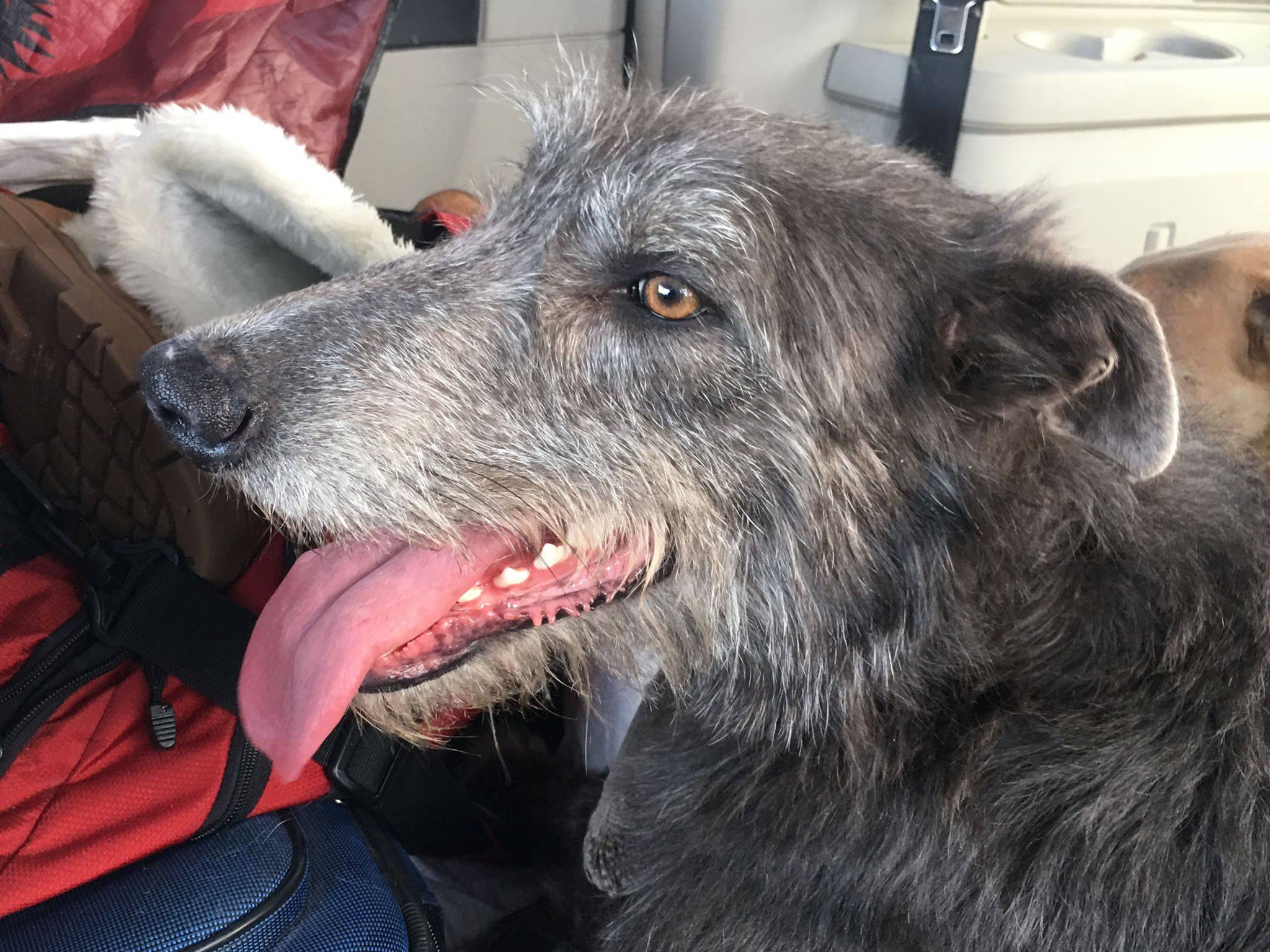