Black is a friendly, outgoing guy, born on December 28, 2013. He enjoys meeting people and going on adventures. He sometimes needs to be reminded of his manners when he gets too excited. He has crated well. Watch him closely in the house initially as he may still have the urge to “mark” things.

Black has a toe on his left hind foot that is dislocated. This is fairly common in the Greyhounds. Since it does not appear to be bothering him, nothing was done for it. At the time of his dental, Black had all four canine teeth extracted because they were badly fractured.

Black showed some initial interest in the cats, but responded to correction. If slow, careful introductions are made, he might be able to live with cats.

Black interacted well with the other Greyhounds. He responded well when meeting Jack Russell Terriers, but caution should always be exercised with smaller animals, especially outdoors. 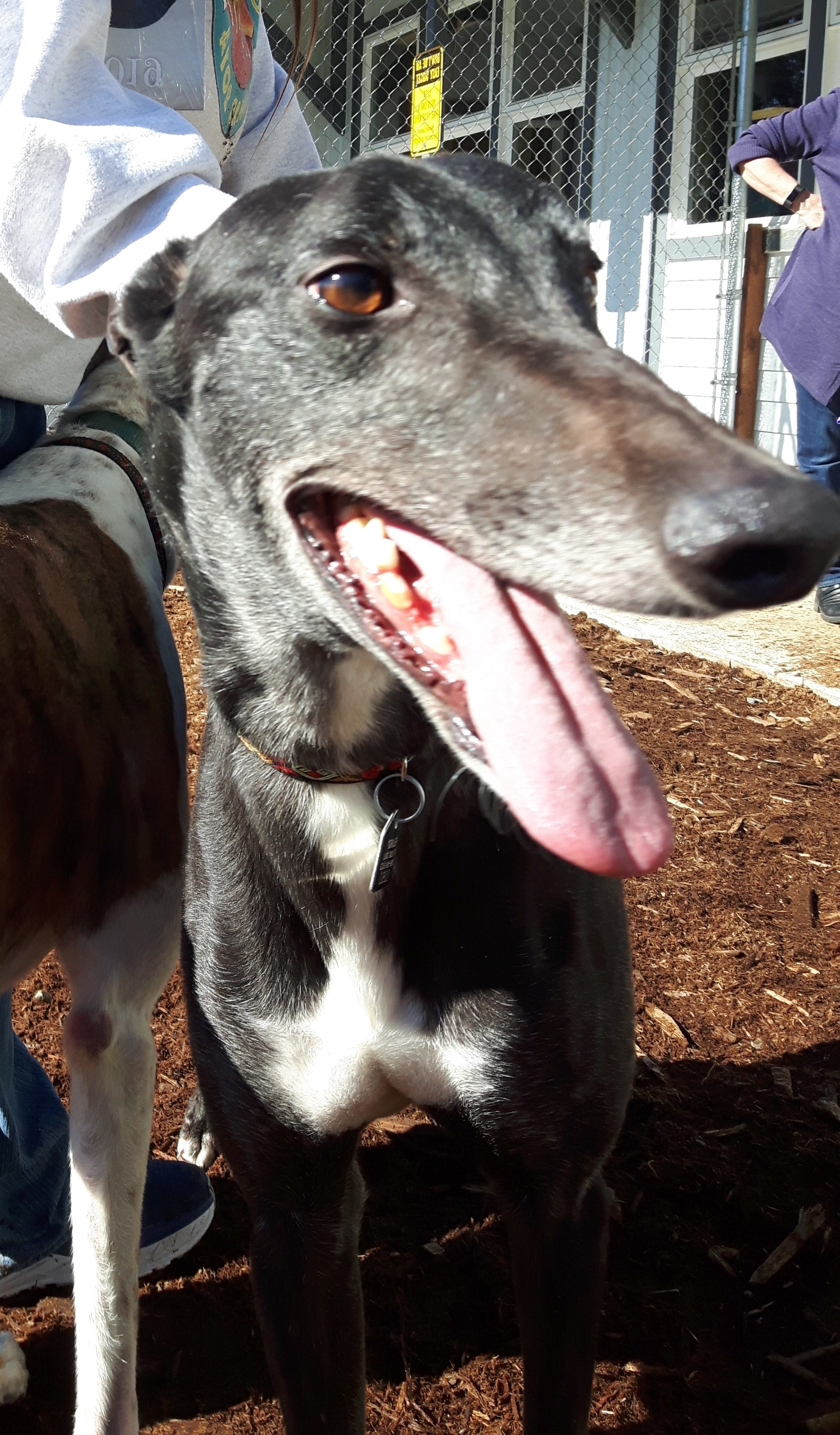