Huasca is a friendly, outgoing guy, born on October 30, 2014. He likes attention, but also has his independent side. He crates well and generally has nice manners. He enjoys rawhide bones.

After some initial interest, Huasca did well in cat testing, but has never lived with a cat. Use a muzzle initially and closely monitor all interactions.

Huasca interacted well with the other Greyhounds and responded well when meeting Jack Russell Terriers. Caution should always be exercised with small animals, especially outdoors. 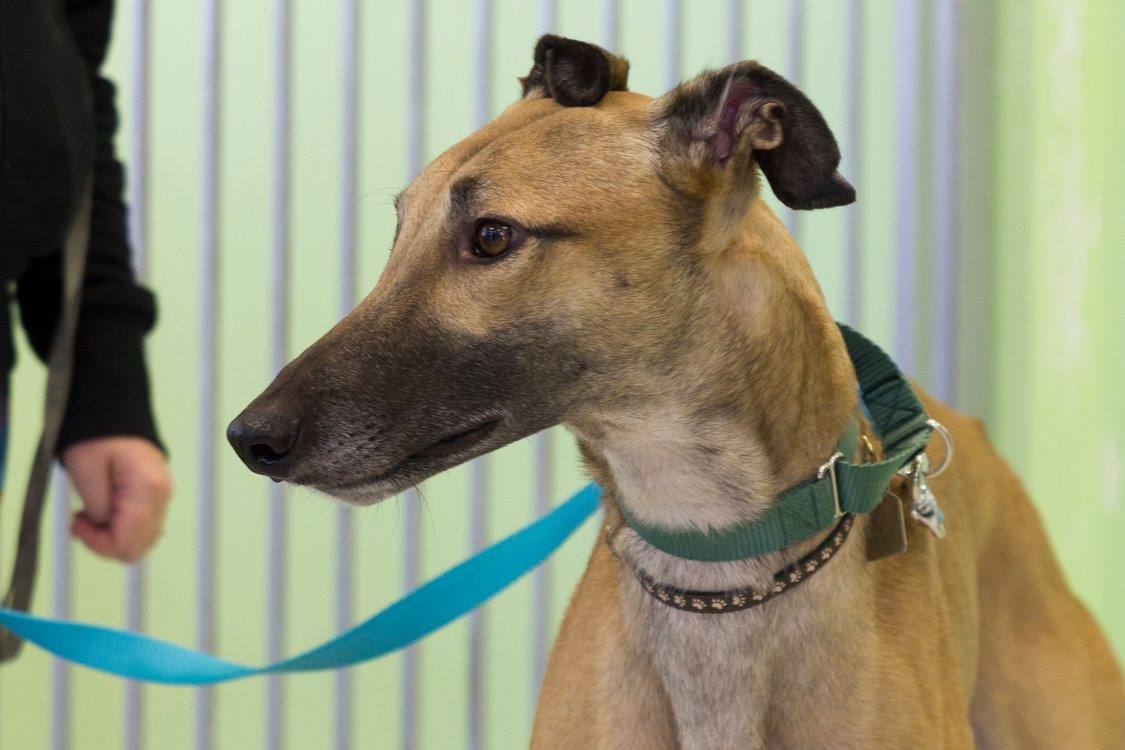