Hamilton was born on May 6, 2013 and is a friendly, confident guy. He enjoys going on walks and seeing new things. He likes rawhide bones and he crates well.

Hamilton showed a fair amount of interest in cats and should not be trusted with them. If the behaviour is strongly and consistently discouraged, it may improve in time.

He interacted well with the other Greyhounds and responded well when meeting Jack Russell Terriers. Caution should always be exercised, especially outdoors. 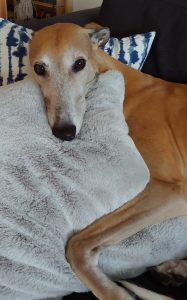 Over the past four years, he has brought joy and love to our lives as well as the lives of our family and friends. We noticed how calm and friendly he was around people and, in 2019, he began his involvement with the Therapy Dog Program through Saint John Ambulance. Prior to the COVID-19 pandemic, he did weekly visits to the BTHA, ICU, and ER at Vancouver General Hospital.

Unfortunately, on Sunday, April 4th, he suffered a spiral fracture of his left hind femur while playing; a freak accident. On Monday April 5th, he had a successful surgery to mend the femur bone with plates and screws, though a piece of the bone needed to be removed due to how bad the fracture was. At the time, we anticipated a long, but smooth recovery at home. Unfortunately, Hamilton has since suffered from issues with fluid collecting in his legs and all over his body along with major bruising everywhere. Because of the pain and discomfort from this, he is moving less. Because of moving less, the edema is getting worse. His blood levels were also borderline. He started to look better on Thursday April 8th after spending a few additional nights at the hospital and we were given the go-ahead to help him recover at home. Unfortunately, the next day, we noticed that he had started to become jaundiced and nauseous, refusing to eat. After bringing him back to the hospital in the evening on Friday April 9th and staying another night with IV fluids to support him, we learned from the vet today Saturday April 10th that his prognosis is now “guarded”, meaning he might pull through or might not. His kidney and liver are at risk because of all the strain on his body right now. He has a plan from the vet for another 48 hours, including a nasogastric tube to get some protein into him and a plasma transfusion.

So far, the total cost of the vet bills is $14,000 and climbing. We ask that you please only donate if you are able to (and we would welcome e-transfers directly if it would be more comfortable for you). We are hoping that with your help, we can give the go-ahead to the vets for any treatment they deem will be helpful for him without concern for the cost. We anticipate that he will need further nursing care either in hospital (around $2000 a night) or by an at-home vet tech, and perhaps physiotherapy if he pulls through. If we need to make the terrible choice of euthanasia, we will donate any remaining funds to an animal charity in Hamilton’s name.

We have been keeping many of you informed through texts – Since the changes are occurring more frequently, and for such an extended amount of time, we will change to updating this page whenever we hear from the vets.

Thank you for your time and your thoughts, they are very much appreciated during this time.

In the end, we decided to go with humane euthanasia while he is still with us. We got a detailed rundown from the vet at the critical care hospital when we got him there. His liver and kidney were essentially deteriorating and there was no telling what organ might be next.

While there was an infinitesimal chance that he could turn it all around, it would have been days to weeks more that he would be in the critical care state where he would have a ton of intrusive things put in him and done to him. He was also at a real risk of pneumonia from fluid getting in his lungs, among other things. After that, if he were to make it through this critical period, there’s no knowing what the final damage to his organs would have been and how he would recover from all that. There was also the very real possibility that he could suddenly go from a stroke during all those procedures and then he would have passed surrounded by strangers in an extremely stressful environment. 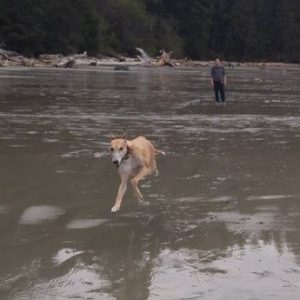 We got to spend lots of time saying goodbye to him this afternoon. We had brought some of his favourite things with us when we set out to transport him to the other hospital, knowing that there could be a possibility that we would have to make the hard decision at any time. We got to say goodbye to him in a private tent outside the hospital, on some grass, with the sound of wind blowing on the tent flaps. We thought it sounded like the waves crashing in Tofino, one of all our favourite places. We got to have his little head in our laps one last time, give him lots of kisses, and ear scritches. He was responsive to us and looking around at us. He adjusted his head in our laps like how he always does at home. We think he knew and was content. When the procedure started, he went very peacefully. We saw his eyes close when the sedation hit, and then we could feel his breathing slow and stop. We gave him a few last kisses before we left.

The amount of support that we’ve gotten over the past few days has been absolutely incredible. We are thinking about the charities and groups that we want to donate to and we will post another update after we’ve made a decision. 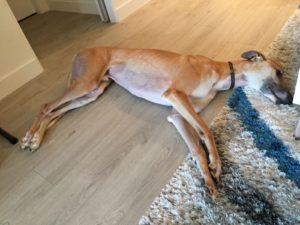 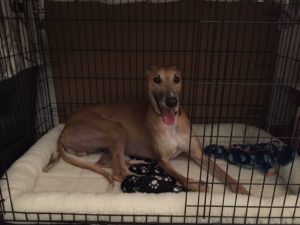 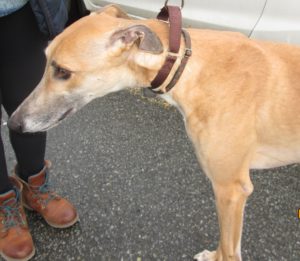 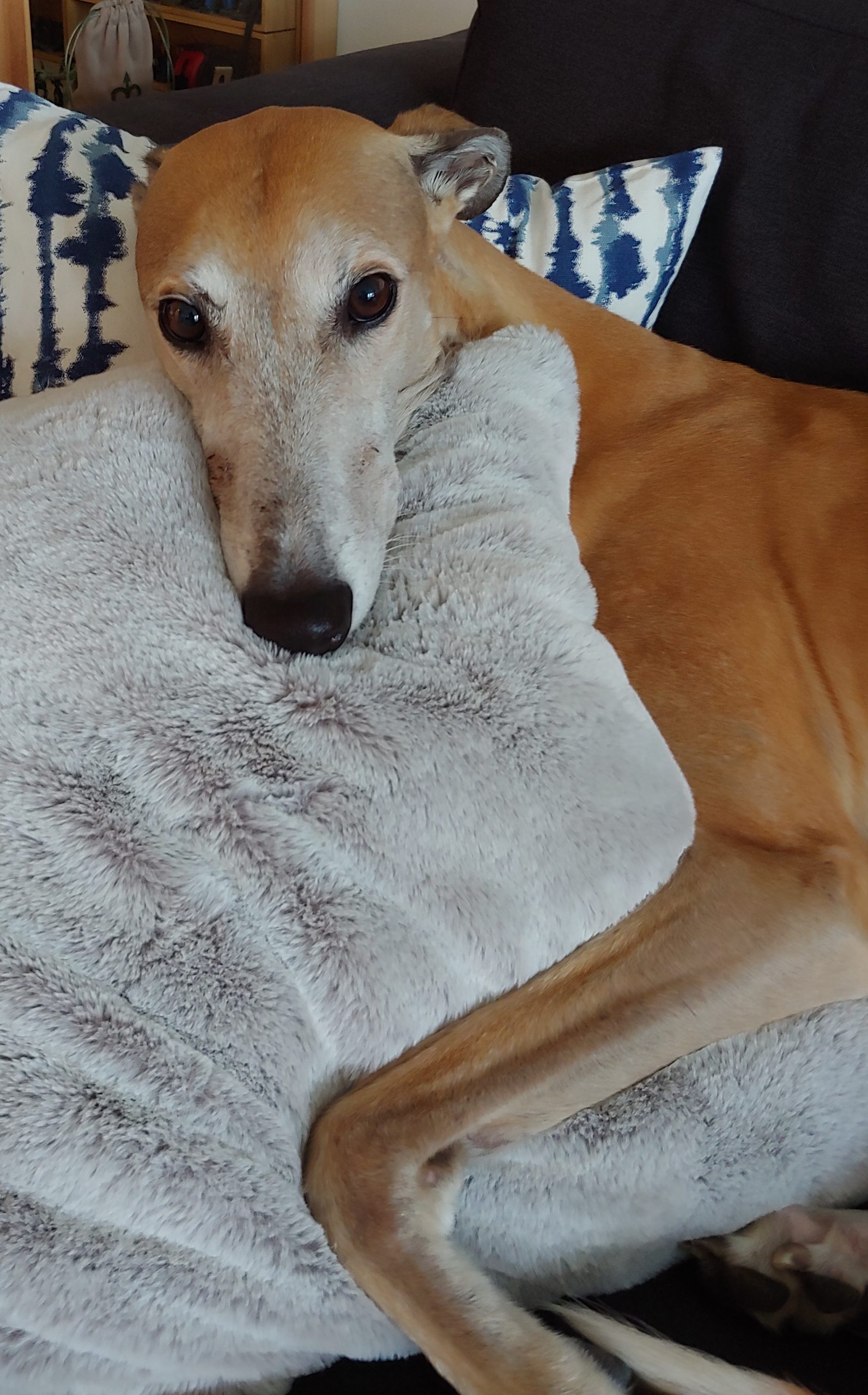