Jeanine is a sweet white and fawn girl born on February 25, 2016. She may be a little unsure of herself initially, but she warms up once she gets used to the situation. She generally crates well although she does have accidents if crated for long periods. She is used to getting a treat when she goes in her crate.

Jeanine did well when cat-tested, but has never lived with a cat. Use a muzzle initially and closely monitor all interactions. When unable to monitor the interaction, some form of physical barrier should be used, i.e., crating.

She interacted well with the other Greyhounds and responded well when meeting Jack Russell Terriers. Caution should always be exercised with smaller animals, especially outdoors.

The foster family, are now calling her Judge because it seems to suit her better. They report that Judge  is settling in very nicely with the resident Greyhound. Like most Greyhounds, she has found the couch!

She is not shy at all. Judge was perhaps ever so slightly cautious at first but opened up right away. Judge and her housemate Greyhound get along swimmingly, and Judge does well with the hard floors and stairs.

She loves pets and cuddles and is submissive in terms of letting us touch her anywhere at any time (even sleeping, eating etc.). 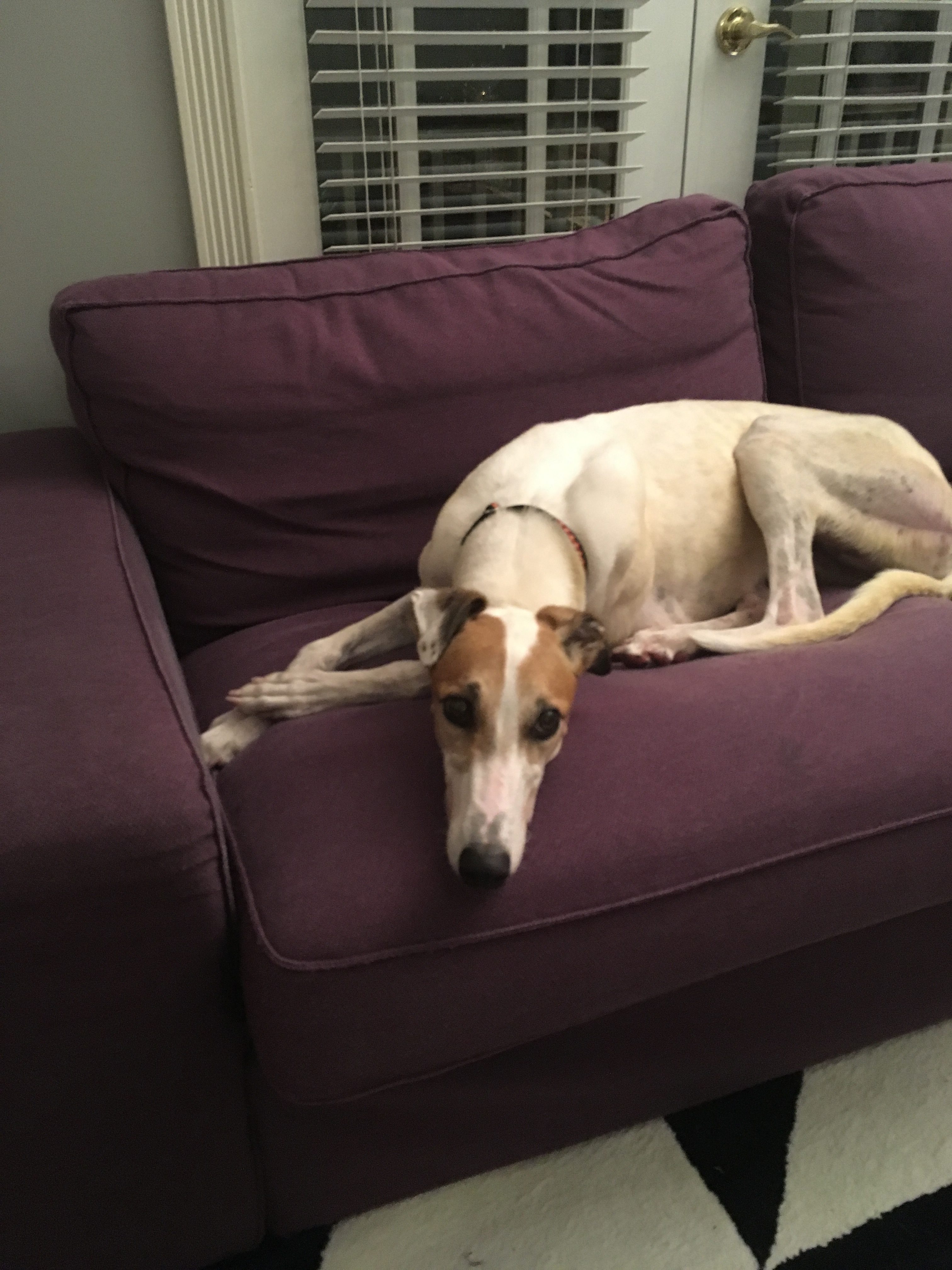