We just met this handsome boy, but he has a lovely personality. He rode well in the car, very interested in where we were going, but settled nicely for most of the trip.

He was not too happy with the vet when getting his vaccines updated and a micro-chip. Forgot what was going on when enticed with a nice biscuit from the vet tech. Otherwise very friendly with everyone and loving all the attention.

We will update Dollar’s bio once we spend some time with him and get to know him better. We know he is good with other dogs, not cat tested, loves everyone and good with children.

He will be available for adoption in the next couple of weeks following his neuter surgery.

Dollar is completely handy with our back stairs now. He hasn’t tried any others, but I imagine he would transfer his ability to any other stairs. On this afternoon’s walk he jumped into the van after the resident hound, so I think he has that worked out. He will still raid any open cupboard for food, and tried to sample my dinner on the table tonight when he thought I wasn’t looking. It was cute seeing him walk away with a strand of spaghetti dangling from his mouth.

There hasn’t been a small dog or cat test as such yet. I walked him this morning in an area where we passed about 20 dogs of all sizes. He was interested in them all but not the least bit predatory with any. On the afternoon walk we spotted five bunnies hopping around, probably 50 feet away. Again he was interested and watched them closely for a short time, but he didn’t strain on the leash. After about a minute he just turned away to explore something else. To me this is a good indication that he doesn’t have a high prey drive. More testing will be required, though.

His stress in the house has eased off. He is still restless, but much less so than yesterday. He isn’t panting any more.So he’s making progress. Tomorrow we hope to give him a bath. We can hardly wait.

Dollar was cat tested and showed some initial interest but the cat did not run so there is no way to be certain he wouldn’t chase. He then turned his attention to other dogs and cats in the area. Dollar has never lived with a cat and It would be prudent to try another test if adoption is being considered where there is a cat in the home. 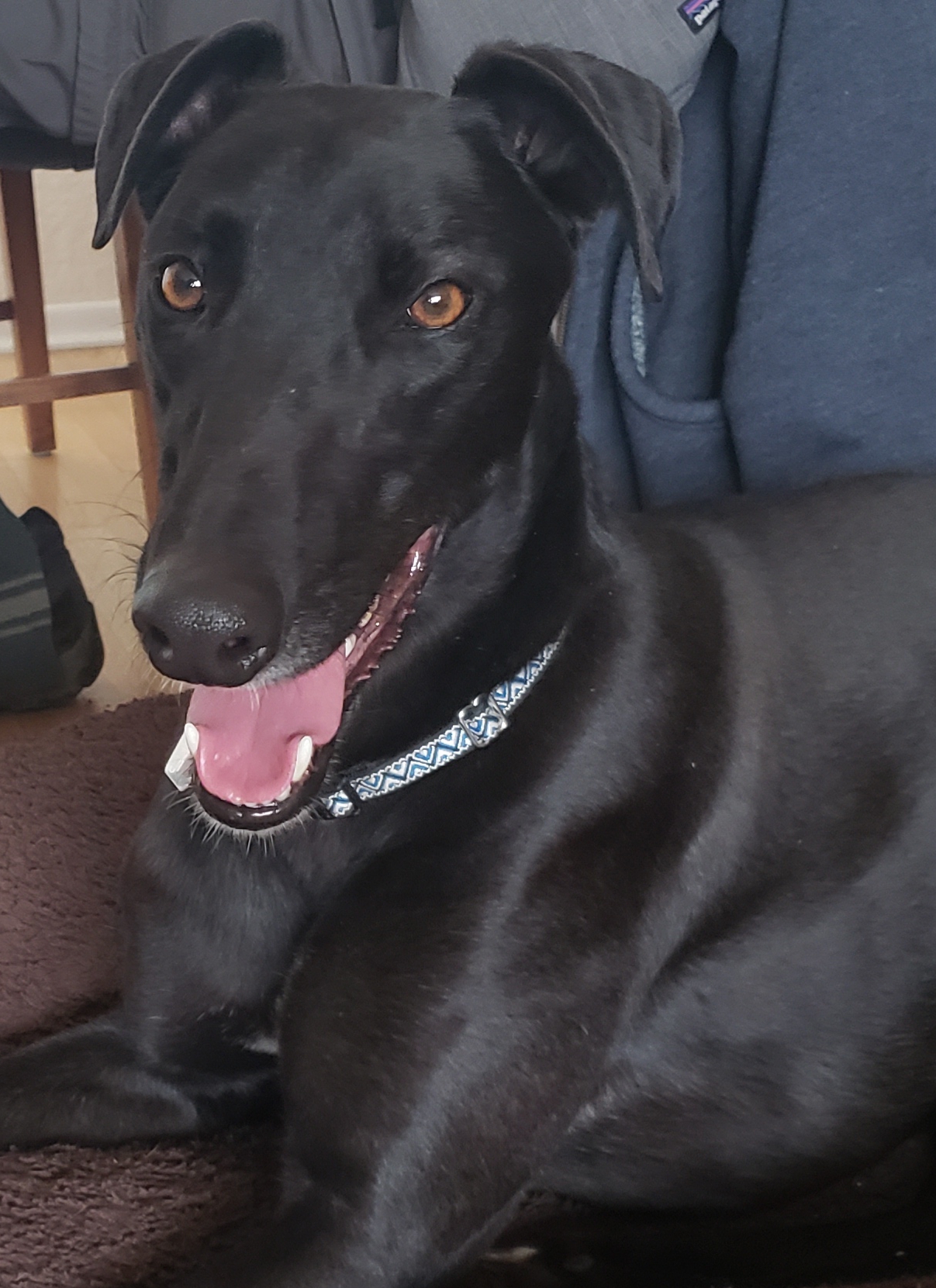