Chester is a sweet little guy, born on April 5, 2015, black in colour. He has a pretty mellow, unassuming personality. He has crated well. He enjoys rawhide bones. Chester’s neuter and dental were done in Florida prior to his arrival in Colorado.

Chester did well in cat testing (he was scared of the cat), but has never lived with a cat. Use a muzzle initially and closely monitor all interactions. When unable to monitor the interaction, some form of physical barrier should be used, i.e., crating.

He interacted well with the other Greyhounds, and responded well when meeting Jack Russell Terriers, but caution should always be exercised with smaller animals, especially outdoors. 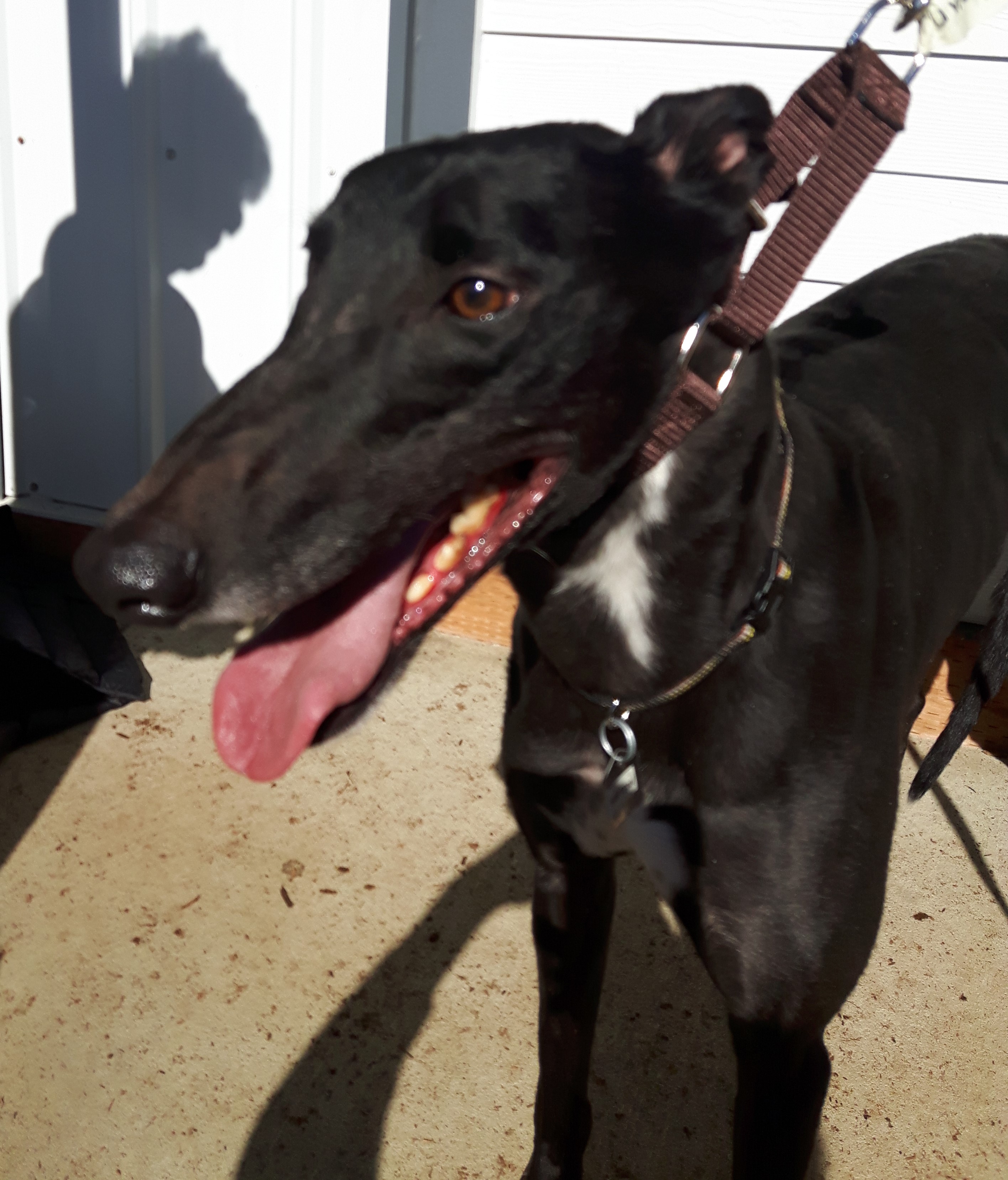