Allstar is a happy, white & brindle, friendly guy, born on May 22, 2015. He loves to be around people. He has crated well. Watch him closely in the house initially as he may still have the urge to “mark” things.

After some initial interest, Allstar did pretty well with the cats. Use a muzzle and exercise caution. Be sure to separate him from the cats when he can’t be monitored.

Allstar interacted well with the other Greyhounds. He responded well when meeting Jack Russell Terriers, but caution should always be exercised with smaller animals, especially outdoors.

Allstar does well on the exterior stairs but has not tackled the interior ones yet.  The interior stairs are quite narrow and steep with no landing (heritage row house) and still too spooky for him.

He is still nervous outside but getting better.  Lots of traffic and noise outside which is occasionally overwhelming for him.  No accidents in the house.  He is better outside in the evening when it’s quieter.

He is very polite with all people and dogs he meets although he is still unsure of children.  He is a smart boy – learns fast and listens well. 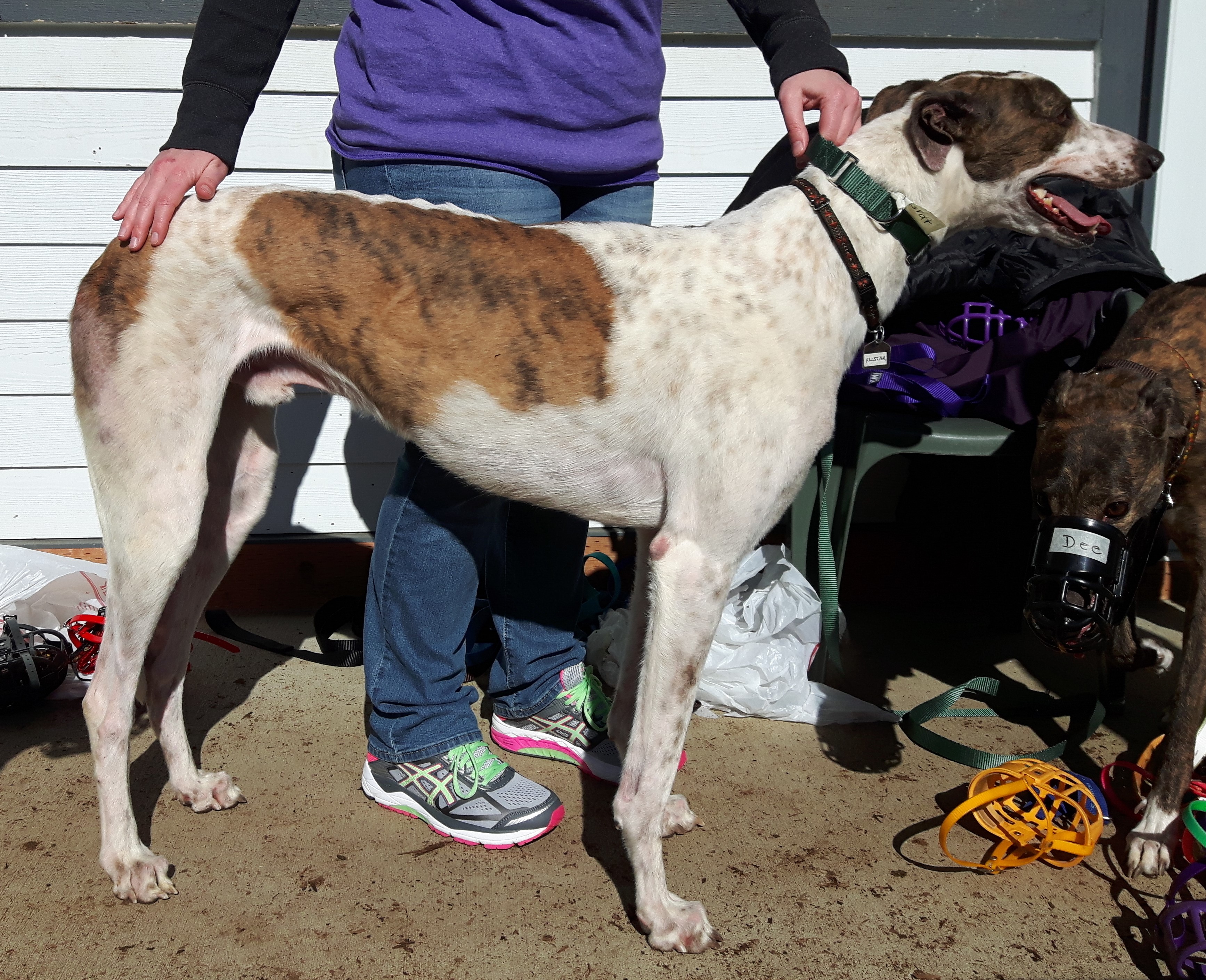