Cruise was born a little after midnight on December 1st, 2014. He is black, very large and tall. He probably weighs about 90+ pounds and is extremely people friendly, dog friendly and child friendly, but hasn’t been cat tested yet. He has been surrendered to NCGL due to an upcoming family move.

He was anxious in the car but settled somewhat after the journey got underway. He was taken for a bath and came out with a nice shiny coat. He was calm and tolerant throughout the process and didn’t mind being handled, soaped & rinsed all over his body.

Cruise is patient on leash but slightly erratic because he wants to sniff everything and greet everyone who comes along, and the beach was very busy – with many offers to take him home, to walk him, to adopt him; so he will soon find a forever home. He loves to give the ‘Greyhound hug’ to everyone, leaning in for all the petting offered.

Though large and powerful, Cruise responds well to leash directions when wearing a harness. He does not pull while walking and has already learned to stay close to Dog-Foster, do stairs and avoid door swings.

Cruise’s gentle nature is frequently on display at home too, affectionately licking Dog-Foster’s hands and face with his soft, wet tongue and tickling his ears.

He doesn’t seem to be food-motivated at all, patiently nibbling small amounts of kibble at a time from his bowl, which is always left full for him to graze from whenever he wishes.

He playfully scatters his soft animals and chew-toys around himself. He hasn’t yet learned that some objects – shoes, towels, rugs, etc. – aren’t meant to be tossed or chewed though. As he has previously always lived in an outdoor kennel, he is used to hard surfaces. Consequently, he prefers sleeping on the carpeted floors now, not bothering to lie down on any of the 3 greyhound beds at his disposal!

Cruise is somewhat of a music aficionado and definitely reacts to “Symphony” by Zara Larsson and to “I Do Adore” by Mindy Gledhill.

He is not a registered racer but was born on the Lower Mainland from an Irish registered Mom (whom we met at the pickup location along with another sibling).

Following his vet visit, he and his new found Greyhound friend had a nice off-leash run and play at a fenced field – no doubt he will have had enough exercise for the next few days and will do what Greyhounds do so well – sleep! An onlooker at the park wanted to take him home – a very experienced previous Greyhound owner who now owns a Retriever-Doodle who would like a buddy to run and play with.

This boy is going to find his forever home very quickly and easily! 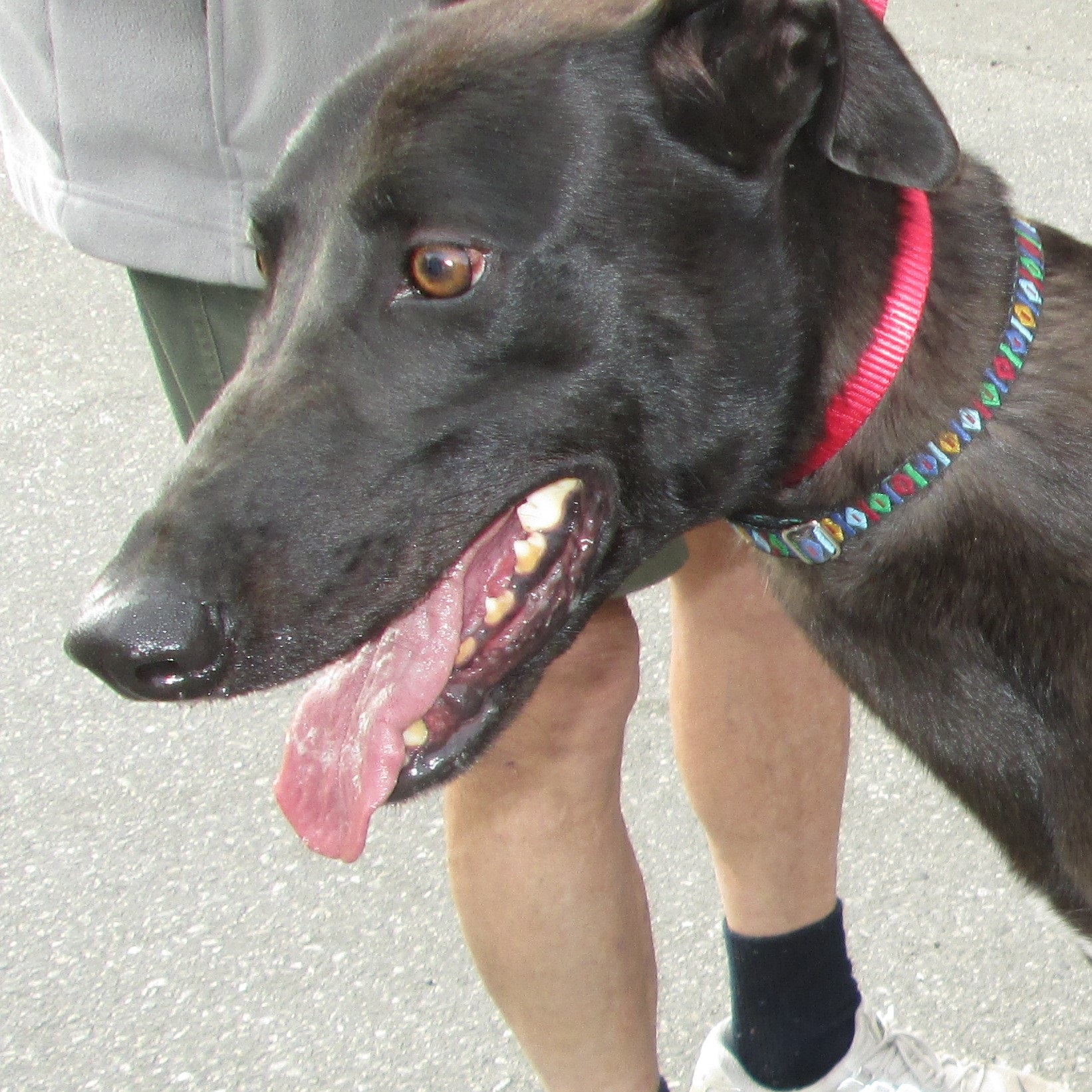