Oreo is a sweet, friendly guy, born on June 21, 2016. In his brain; he is still very much a puppy, but a puppy who wants to please. He has a lot of anxiety when crated, so if he needs to be crated, he should wear a muzzle to prevent him from breaking his teeth.

Oreo did well in cat testing, but had never lived with a cat. Use a muzzle initially, and closely monitor all interactions. When unable to monitor the interaction, some form of physical barrier should be used, i.e., crating.

He did well with the other Greyhounds and responded well when meeting Jack Russell Terriers, but caution should always be exercised with smaller animals, especially outdoors. 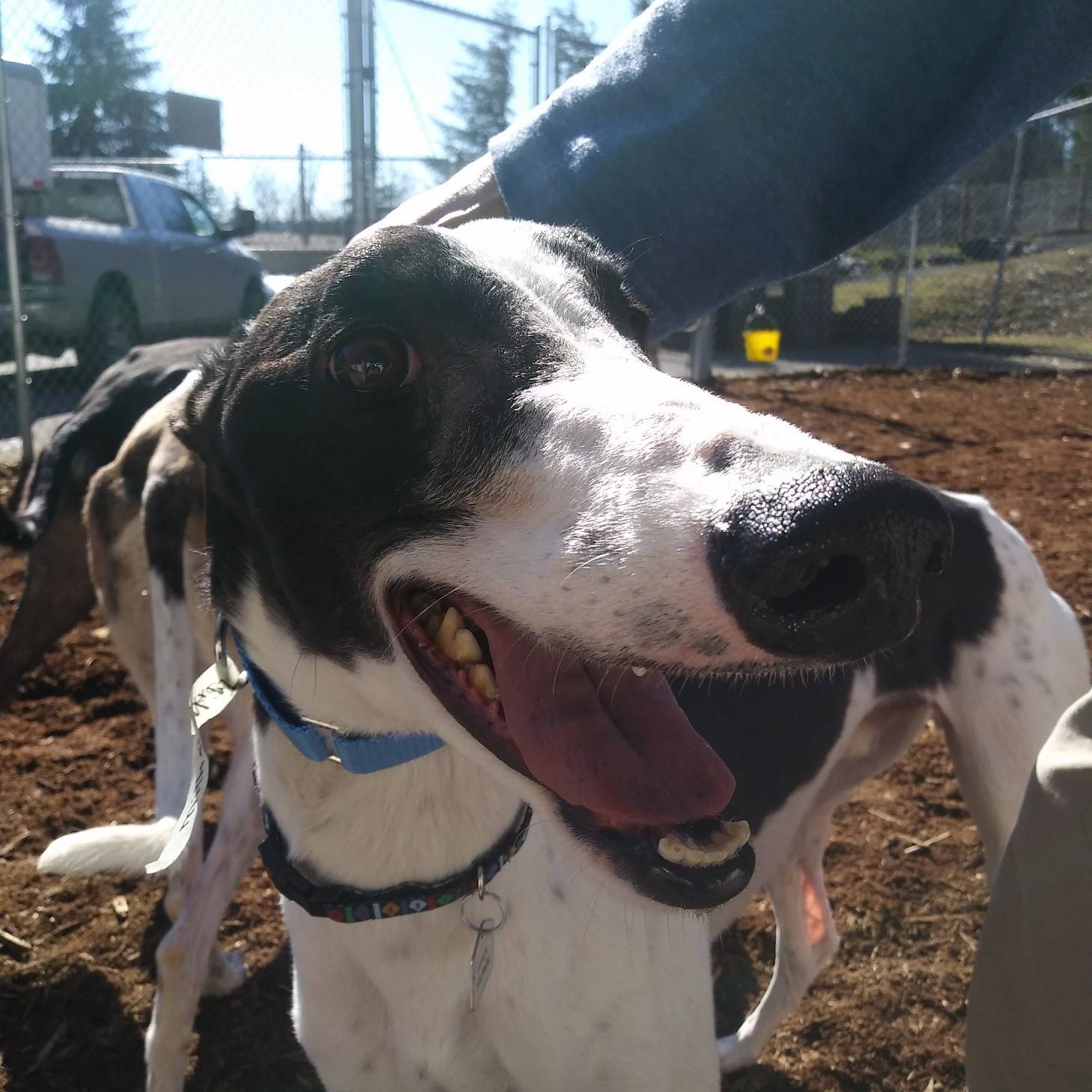