Leica is a sweet, friendly boy, born on October 3rd, 2015. He may be a bit hesitant on his own initially, but he’ll get more confident as he gets out and about. He crates well and enjoys rawhide bones. Watch him closely in the house initially as he may still have the urge to “mark” things.

Leica did fairly well in cat testing, but has never lived with a cat. Use a muzzle initially and closely monitor all interactions. He interacted well with the other Greyhounds and responded well when meeting Jack Russell Terriers. Caution should always be exercised with small animals, especially outdoors.

Leica has a mild skin infection in his inguinal (groin) area. He is taking antibiotics every 12 hours for two weeks to help clear it up. 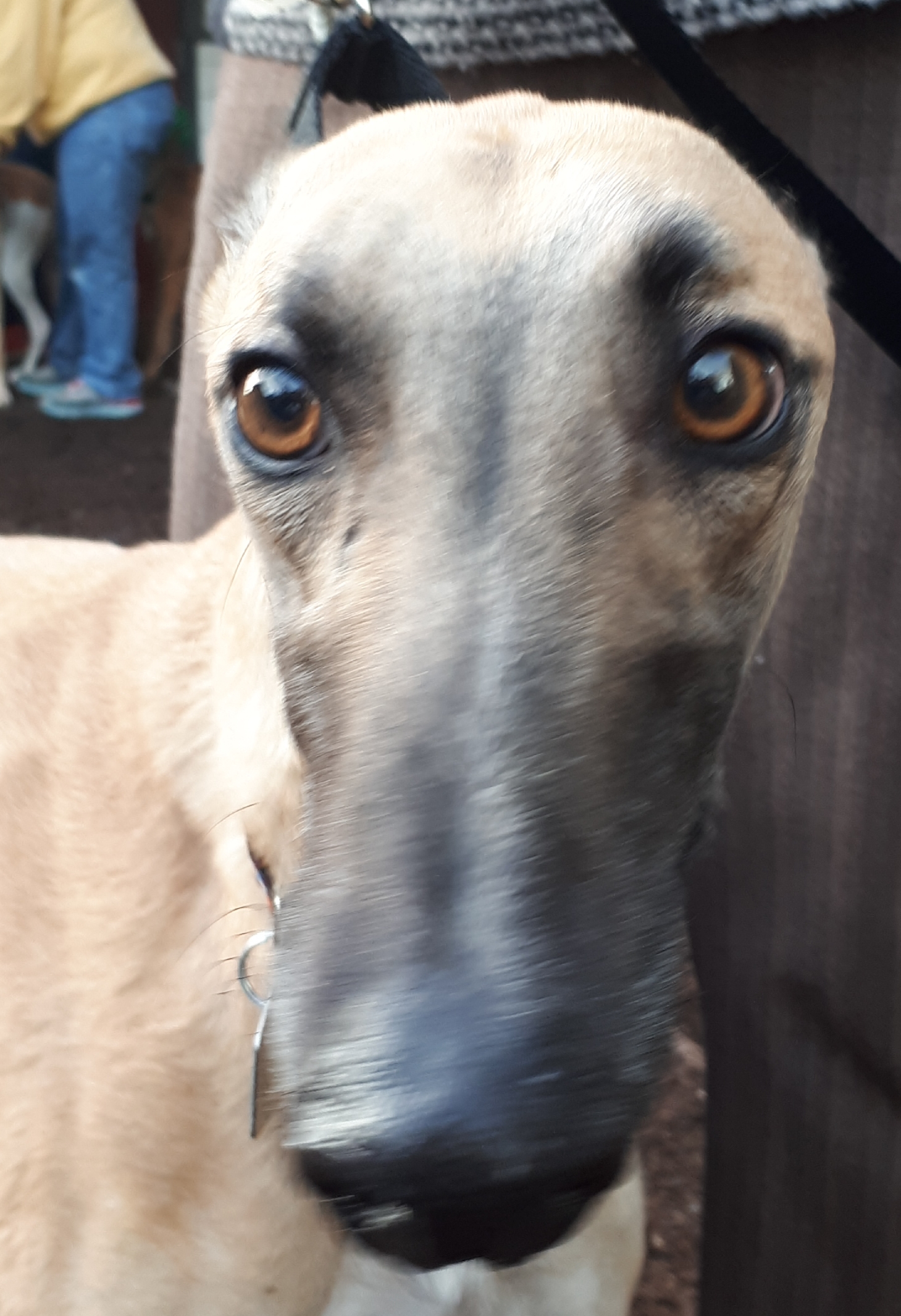