At U, born on October 7, 2013, is a friendly, happy guy. He seems pretty confident and out-going. He has crated well although he was observed biting at the crate infrequently. He may need to wear a muzzle in the crate, especially until he gets settled in – to keep him from breaking teeth. Watch him closely in the house initially as he may still have the urge to “mark” things.

At U showed a fair amount of interest in cats and should not be trusted with them. He interacted well with the other Greyhounds and responded well when meeting Jack Russell Terriers. Caution should always be exercised with smaller animals, especially outdoors.

At U has been eating 5 cups of food per day, with warm water added. Be aware that he seems to require more food that most male Greyhounds as he is a bit underweight. This may change as he adjusts to his new life. 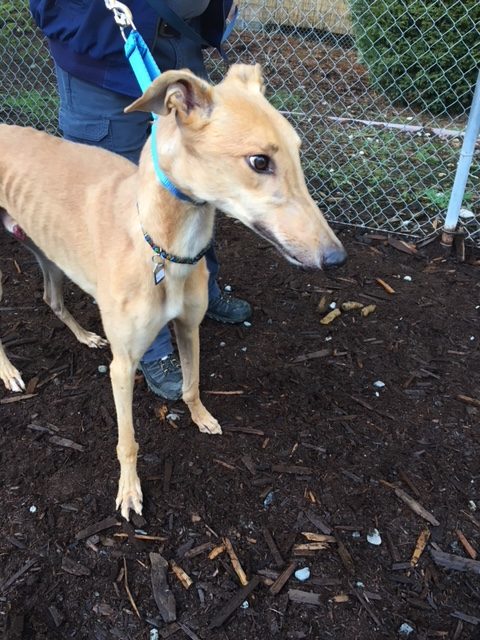