Ollie is a sweet fawn brindle boy, born on June 9, 2016. He’s a bit young still, so developing confidence in new situations. He enjoys people and attention and with a little patience, he’ll settle into his new world quickly. He has generally crated well here. Watch him closely initially as he may still have the urge to “mark” things.

Ollie did well in cat testing, but has never lived with a cat. Use a muzzle initially and closely monitor all interactions. When unable to monitor the interaction, some form of physical barrier should be used, i.e., crating.

Ollie interacted well with the other Greyhounds, but can be a little nervous and defensive in large groups. He responded well when meeting Jack Russell Terriers, but caution should always be exercised with smaller animals. 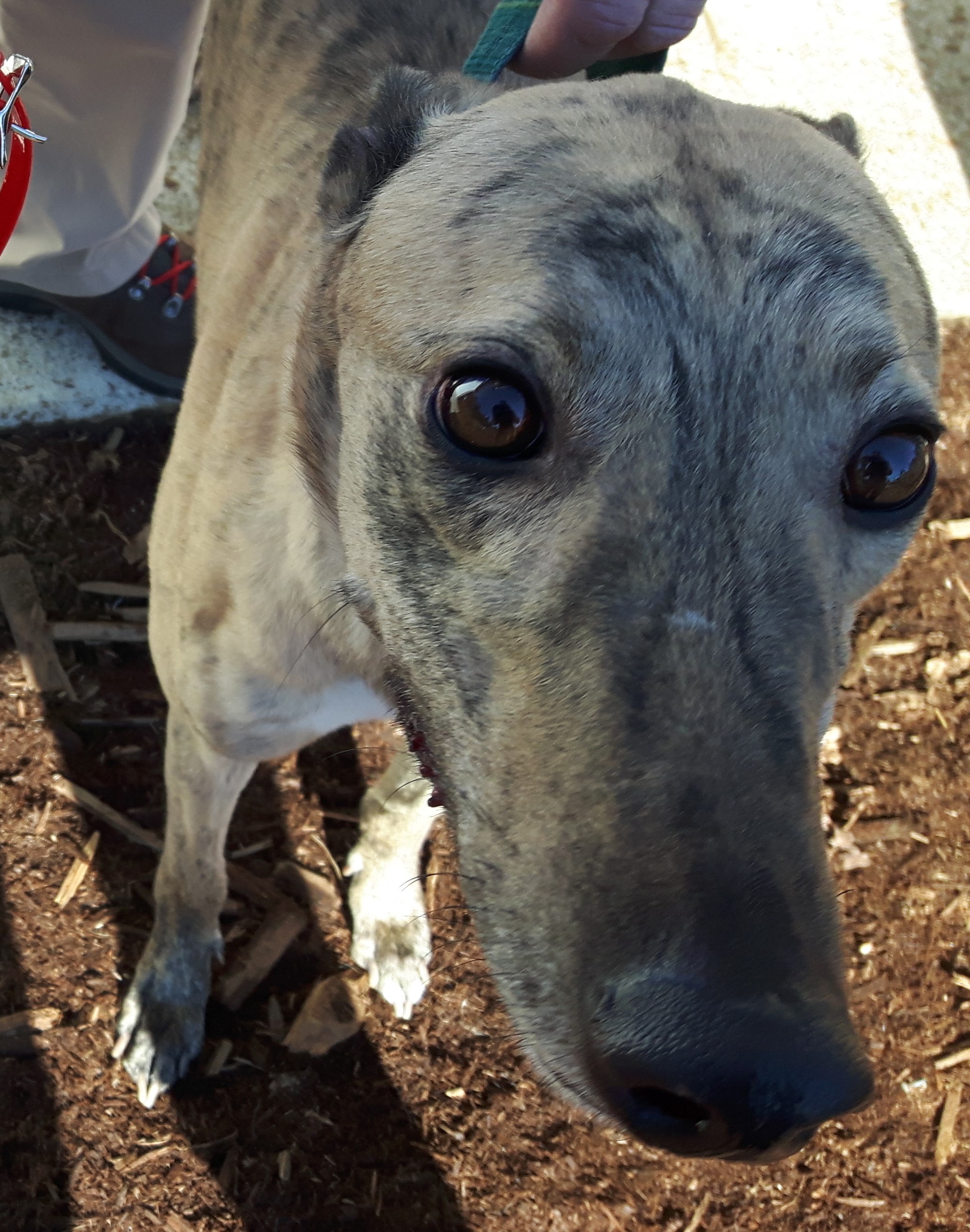