Arrow was surrendered to NCGL because his owners can no longer care for him. He was initially going to join us on Aug. 8th but he decided to go on an adventure first, managing to free himself from his pen and off he went through the fields. Fortunately, a neighbor found him, kept him safe and returned him to his owner on Aug. 10th. His new home will have to be cognizant of his desire to be free to explore…..

Not too much is known about Arrow. We believe he is about 3 years old, born on or about June 9th, 2016, and has lived on a farm for the past couple of years.

He hopped into the car eagerly, laying down immediately, ready for his next journey. So far, we know that Arrow is good with children and other dogs. He has not been cat or small dog tested yet.

Arrow has a sweet personality and will adapt quite quickly to his new surroundings.He will be even more handsome after a good bath to show off that white coat with the beautifully placed saddles of black!

More details and updates to follow. Arrow will be available for adoption following his complete vetting.

His first night went well, he slept right through without a hitch.

A few little growls between him and resident Greyhound (completely normal stuff)….he’s very gentle with us and the kids and shows no aggression towards our little dog.

He ate a little chicken and rice last night and I’ve given him a little kibble and scrambled eggs this morning just to take the edge off his tummy until his main meal later today.

Overall, no issues at all.

Arrow has had his vaccines and wellness check done and is in good health. He will have his neuter surgery on August 28th and after a recovery period will be available for adoption.

He continues to relax and enjoy his new found life, especially fond of being with his new people and resident Greyhounds. He is eating well, sleeping quietly in fosters’ bedroom, through the night and stirs only when he hears his human up and around in the morning. No accidents in the house.

Arrow is a very sweet natured dog who goes with the flow.  His first day here he was a bit skittish, not knowing what to make of the stairs and what to do in the house.  He was completely unfazed by our 2 Greyhounds and didn’t even pay attention to Milly the mini schnauzer.  After marking once when he first came into the house, he has not done it again and is very clear on where he goes to do his business and will wait patiently at the door to be let out.  He does not seem to show any aggression regarding his food and backed up right away when Milly growled at him for sniffing her food dish.

He is, like many Greyhounds a bit grouchy about his personal space.  He has his boundaries and he will growl if approached by the dogs when half asleep on his bed (or our bed).  However, he is very respectful of the other dog’s boundaries as well.  He’s not a pushover but definitely is a peace-loving dog.  If everyone has their own space, they will happily nap together on the bed.

Arrow quickly became very affectionate; he loves having his neck scratched and will gently place his head on your lap to facilitate this.  After a week and a half, he has started to show much more personality and will roach happily in his bed while whining until someone pets his tummy!

Arrow is truly a Greyhound meant for family life.  He loves the kids, playing with the other dogs and likes to chill wherever the people are.  If I had a bigger house, I would never be able to give him up!  As I told the kids who desperately wanted to keep him, he will be a very successful adoption story, making another family incredibly happy while helping to spread the word that Greyhounds make the best furry family members. 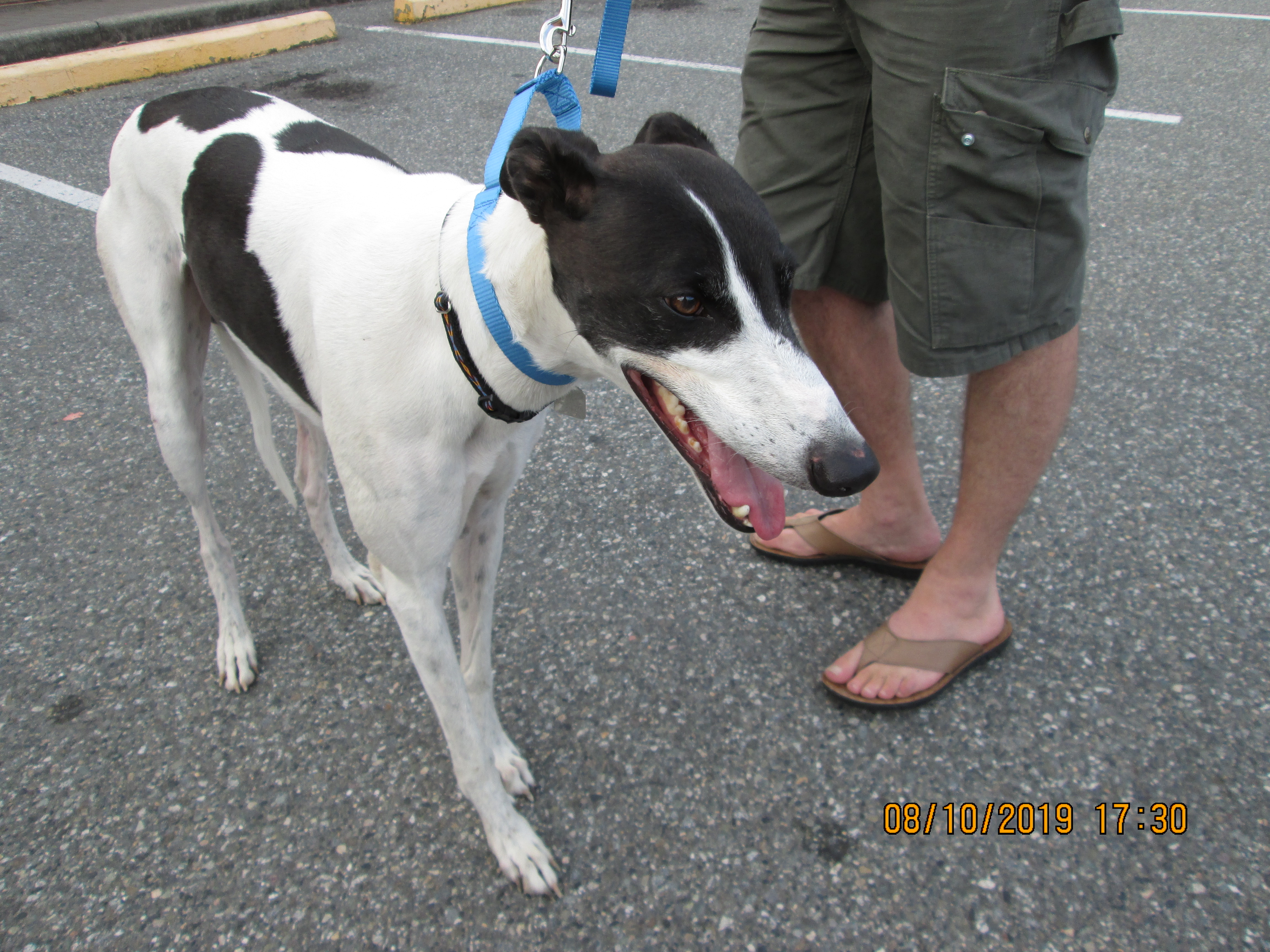