New Kid (Dog) On the Block!

Introducing – our newest addition, 3–year old Argos. Isn’t he a beauty! Argos was surrendered to NCGL by his owner. Following a long car ride from his former home to meet his ride to the Island, he was introduced to Harry, our Island transporters’ Greyhound. His first adventure was waiting in line at the BC Ferries Terminal. Even though they arrived 2 hours in advance of the departure time there was no room. Could be a very long evening…….paws crossed that they get on the 5:45 pm. Success! Boarded at 5:45 pm. More updates will be posted once Argos arrives at his foster home on Vancouver Island.

Argos arrived safe and sound at his Nanaimo foster home. He’s a bit overwhelmed by his recent travels, from his home, the long wait at the ferry, on the ferry and now in foster home. Likes to stay on his bed, taking it all in. More later…..

Argos had lost his appetite when he first arrived at his foster home, but is eating well now. He is quite timid but will be a great pet for someone if they let him open up on his own.

He learned the dog door after only doing it 3 times and learned the stairs all by himself. He walks very well on leash if it is kept short but loose. Argos will get his first set of shots today (July 28th) and a complete checkup.

All shots up to date now and good health reported…a small dental issue to be attended to in the near future. Argos has found a forever home in Vancouver, BC 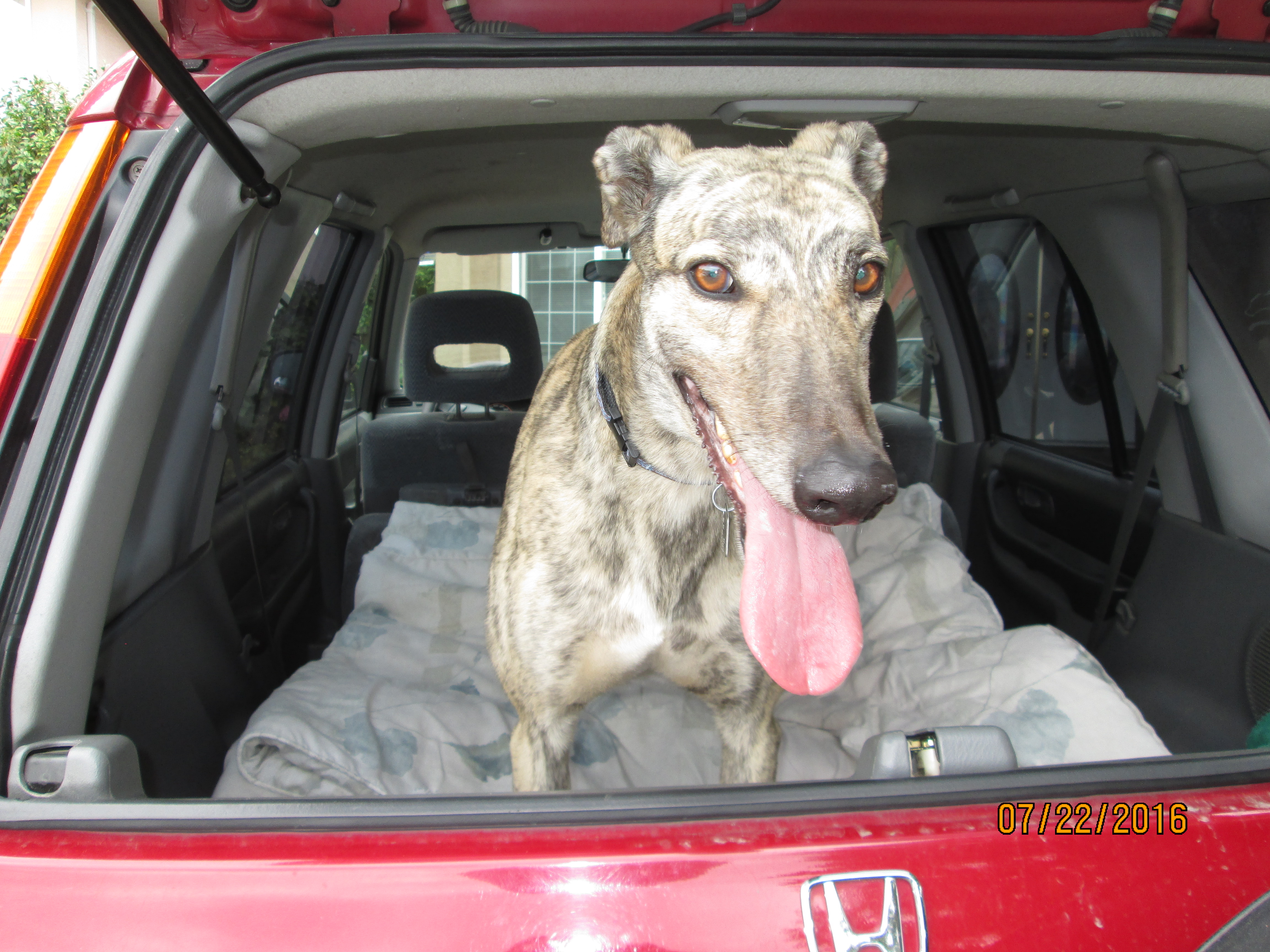