Blake was born on April 12, 2013. He is a friendly happy guy. He likes getting out and doing things. He generally crates well, but can get frustrated and vocalize.

Blake did fairly well in cat testing, but has never lived with a cat. Closely monitor all interactions with cats.

He interacted just fine with the other Greyhounds. Blake responded well when meeting Jack Russell Terriers, but caution should always be used when meeting other animals, especially outdoors.

Blake had several teeth extracted at the time of his dental. The extraction sites are healing well.

Blake (aka Boris) has been very slow to adjust to home life. He arrived very skinny, dehydrated and shell-shocked. For the first few days he only slept, ate and watched, much to the chagrin of the other dog Nina, who can’t figure out why the new guy doesn’t want to play with her. When you went to take him for a walk he would just freeze.  Slowly, day by day he is opening up and showing us his personality.

After a couple of weeks the foster has learned a few things about him. This guy loves people, like really loves people. Every size, shape, age and colour, they are all greeted so happily and instantly leaned on. He would prefer to be touching a human 24/7 if you could make that work for you. He also loves cars. Again, any size, shape or colour, he will run up to them and try and jump in. Once they literally had to pull/shove him out of a couple of cars that he managed to jump into.

Blake loves food, and with his height and long nose everything is reachable, luckily he listens well to correction.  He is house trained and very good with other dogs and excellent with kids.  He doesn’t have a mean bone in his body. Considering his lack of interest in small dogs and other creatures we have come across, we think he would be fine with a cat.

Boris is a gentle soul, a really noble fellow who is undemanding and loving.  He needs more time to figure out the world outside the track (he hasn’t run yet but his race records show that he was a fine racer in his day) and patient people to share that journey with him.  They would keep this dog in an instant if they didn’t have travel plans. 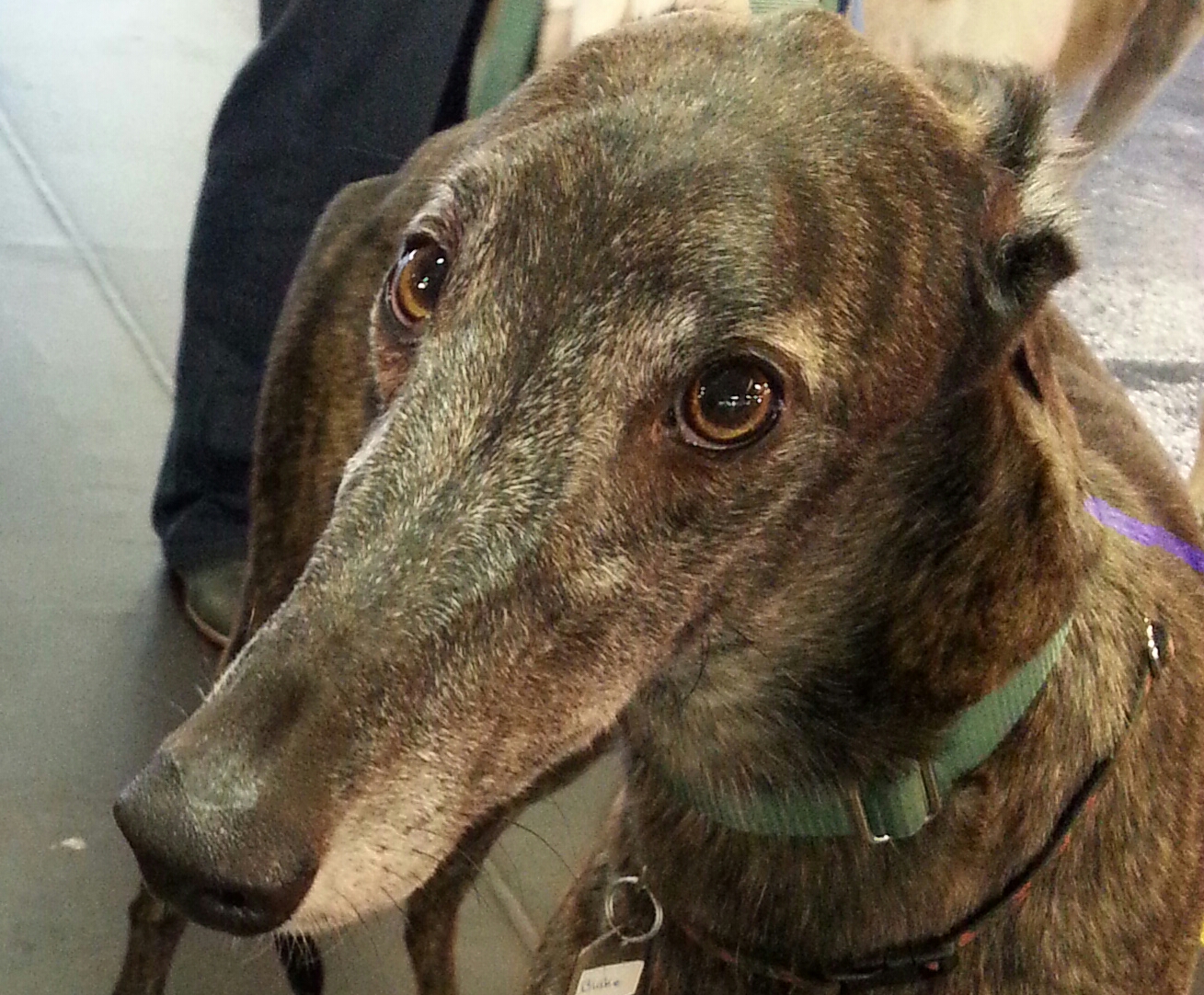