Lincoln is a lovable goofy boy. He loves to cuddle and chill out on the couch. He will have several minutes of “crazies”, where he plays, barks and runs around the house.

He does get a little anxious if he doesn’t know where you are but settles eventually, both in his crate and on his bed/couch.

He would do best with another energetic dog (particularly another greyhound), and if he lives with cats, the cats should be dog savvy and not fearful because he will chase if they run.

He’s pretty good at telling you if he needs to go out but has marked a few times. I think he’ll get over this quickly.

He’s learning to walk well on leash and is very interested in all the smells and sights. He likes to run outside in the yard and will chase a ball and bring it back for you to throw again.

He’s quite a dear and will make someone a great pet.

Lincoln is a nice boy, young and full of energy.  He still shows some anxiety about his new surroundings away from the racetrack, but we can see this steadily easing off.

In the house he is well-behaved, quiet and co-operative with people and dogs.  Chasing toys thrown in the yard is fun for him.  He will often bring toys back so we can throw them for him again.

On walks he is friendly and curious when meeting other dogs.  Dogs that he meets seem to like him and feel comfortable with him.  Leash manners are good.  He loves exploring and is curious about the world around him.  He is getting used to rougher terrain, such as wading through streams and jumping over logs.

He has displayed some anxiety while in the car.  We feel he might be concerned that he is being taken to another home, and of course this will dissipate once he feels secure in a forever home.

Lincoln is steadily learning about the world outside the racetrack and the rules of the household.  Being young, he would appreciate a home that can give him an outlet for his energy and curiosity. 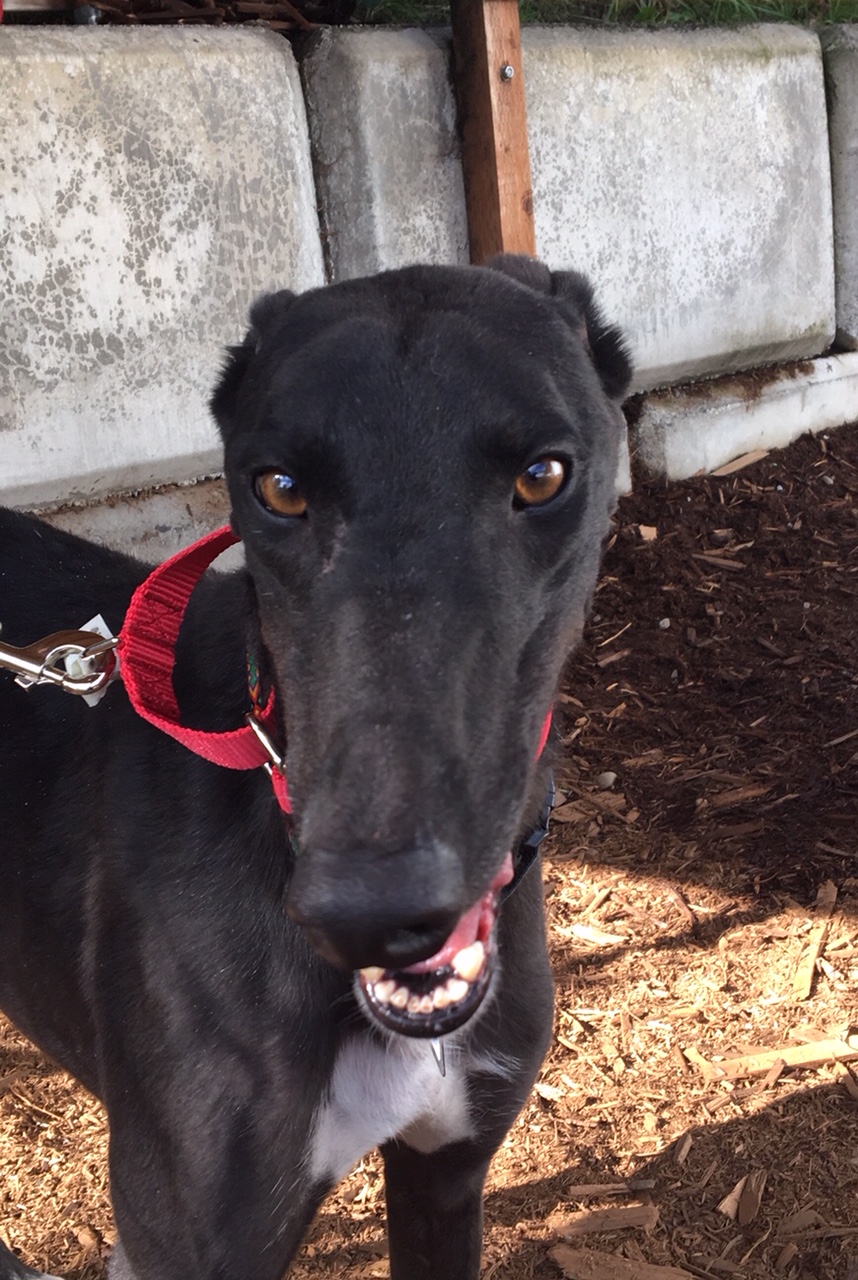