Cruiser was born on May 22, 2008 (making him a Regal 9 years old!). He was originally adopted in 2010 and his family loves him very much. Unfortunately due to too many life changes they have had to make the heartbreaking decision to surrender Cruiser back to NCGL.

Cruiser is a fantastic dog for the right home. Though not much for cuddles, he adores positive attention and will once and a while lean his head into your chest for a brief snuggle. He loves ear rubs and will thank you for them with a loud groan. He thoroughly enjoys the company of anyone he meets, especially men, however, he is leery and cautious of young children.

He walks amazing on leash and rarely ever pulls and we’ve never even seen him react to prey animals! He is great with cats and his best buddy in the whole world was a whippet who he chased around with glee in the back yard. He doesn’t really enjoy hyper-active dogs or dogs that don’t read his social cues very well. He has never shown aggression to his whippet bestie and even allowed her onto his bed!

He’s not one to sleep in your bed but sure does love sleeping with all four legs in the air on the couch. He does well on his own and is generally pretty respectful of your property in his twilight years, but still likes to surprise you every now and then and get into mischief. He does NOT do well with crates and would do best in a home that can allow him some freedom in the house.

Cruiser is a very sweet, emotional, devoted and sensitive companion. He wants to be where you are but is also respectful of space and is never underfoot. He is quiet and unassuming and just a great dog. He’s not leery of strangers and will make fast friends with anyone.

Cruiser is looking for a home with no young children to spend his senior years. We still need to get his vet work done. 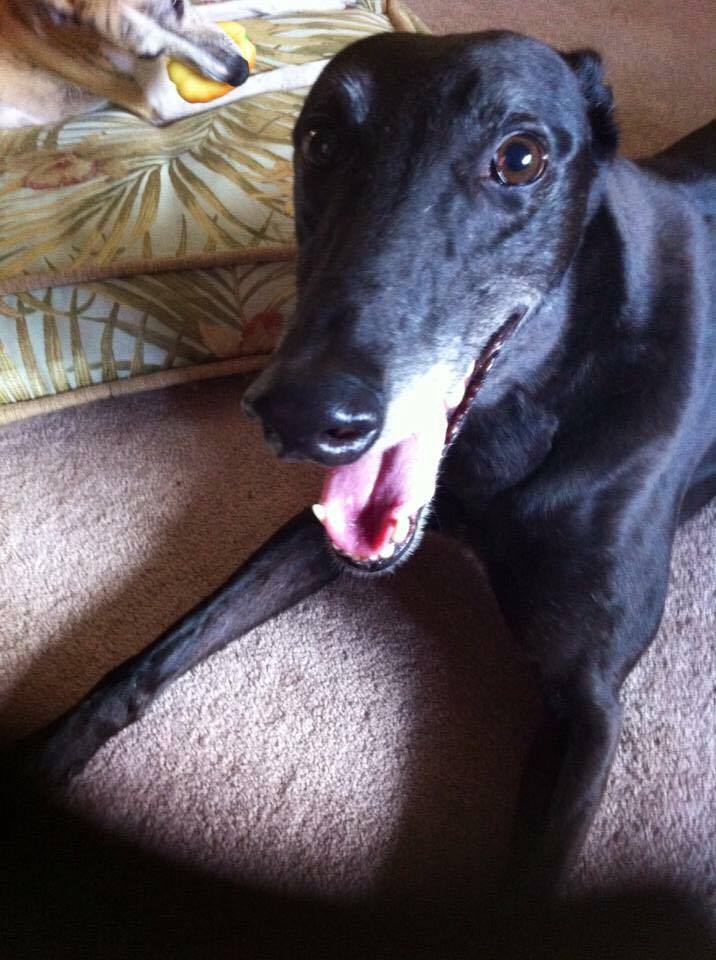